By Jason Daley September 7, 2011
This story appears in the September 2011 issue of Entrepreneur. Subscribe »

School of Rock
If Justin Bieber and Miley Cyrus have you worried over the musical taste of the next generation, have no fear. An after-school franchise is educating thousands of kids on the importance of the power chord, walking bass line and the all-important rock 'n' roll scowl.

School of Rock (SOR), founded in 1998 by Paul Green (who left the company a decade later), aims to provide a thorough music education. But instead of making clients slog through scales and time signatures on the oboe or the glockenspiel, SOR takes the opposite approach. First, kids get up and running on classic rock tunes, then they come back and learn about the scales and modes they've been playing. 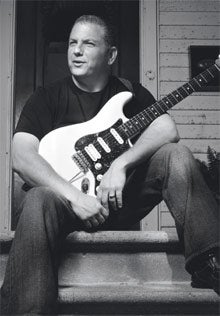 "Music is part of the human soul; it existed before speech in most cultures," says SOR CEO Chris Catalano. "You shouldn't have to teach motivation around music. We try to get kids playing songs as quickly as possible. Let's say they're learning Led Zeppelin's "Black Dog.' We don't say, "Let me teach you a blues riff.' We teach you Led Zeppelin, then say, "You just played a 3-4-5 blues riff.' It's a subtle but meaningful difference."

But it's a difference that works. Each kid who attends the Performance or Rock 101 programs receives an hour-long private lesson with a working musician on their choice of instrument--either guitar, drums, bass, voice or keyboard--and participates in a three-hour rehearsal each week. By the end of the semester, the group of about 40 students, from ages 7 to 18, is ready to put on a full concert in a real rock venue for friends, parents and a live crowd off the street. Most of the concerts are astonishingly good, but Catalano points out that while the school does produce many excellent musicians, there's a dual purpose at play. "The purpose of our organization is to inspire kids to rock onstage and in life," he says. "We take the life piece very seriously."

Currently, there are 70 schools; 22 are company-owned and the rest are franchises. Though an informal franchising program began in 2005, it has only been in the last two years that Catalano has systematized SOR, developing the curriculum book, creating a prototype school, adding common financial and IT platforms and developing partnerships with music and instrument retailers. Now, Catalano says, SOR is ready to roll, and he hopes to scale up the franchise to 300 or 500 units in the next three to five years.

Franchisees run the gamut, from touring musicians who have settled down to "rocker moms" who had children go through the program and decided to open their own location. All are owner/operators, but even if they are tone-deaf, a love of music is enough--they have general managers and music directors who handle the instruction and lessons.

The curriculum constantly changes. Though most first-time students play Pink Floyd's The Wall, there are reggae, Motown, funk, metal and Springsteen-themed shows as well. Recently SOR has launched programs for its more advanced students, including band coaching, a program that helps kids record "epic albums," and another that helps them write and record their own songs.

Catalano says it's almost impossible to describe the energy and spirit surrounding the schools. "It doesn't feel like a business. Everyone's in comfortable jeans and T-shirts, loving what they do," he says. "It's a special place, and has a vibe like no other business I've been involved with."

Fairway Divorce Solutions
In 2005, Karen Stewart was exhausted. That's saying something, considering the energetic 48-year-old serial entrepreneur from Calgary, Alberta, has launched eight businesses, including a stockbrokerage and other investment firms. But a five-year-long knock-down, drag-out divorce that cost more than half a million dollars left her reeling.

"I thought, "There has to be a better way,'" she says. "Then I started thinking, "What would that better way look like?'"

Soon after, Stewart founded Fairway Divorce Solutions and began working as a financial mediator, brainstorming her ideas about divorce resolution. She came up with a process she calls "independently negotiated resolution." Unlike other scenarios in which divorcing couples are thrown into a room to hash things out--and where anger, resentment and the desire to hurt one another can often sabotage reasonable negotiations--Stewart takes clients through the process independently. Couples don't work together until the very end, after a draft resolution is complete.

"Women and men getting divorced go through the decision-making process in different ways," Stewart says. "They have to come to conclusions about children, money and jobs, but they come at it from different angles."

In 2008, after perfecting her system, Stewart began franchising Fairway. She now has 32 franchises and 16 offices across Canada and in Texas, California and Hawaii. Over the next year, she hopes to expand even further into the U.S. It may be an odd business to franchise, but Stewart sees huge potential.

"Nobody's ever said divorce is an industry, but it is, and it's massive," she says. "There's never been a mechanism to capture the $20 billion divorces deal with. We've never held divorce accountable to the ways we do other business."

Stewart contends that there are big advantages to going through Fairway versus the courts. Clients save money on attorney fees and avoid the stress of court proceedings. (Lawyers provide independent legal advice and are brought in at the final stage to approve and file the divorce settlement.) Clients can work on their own timeline, as opposed to the court's schedule. And by charging an upfront fee, which is calculated depending on the complexity of the divorce, Stewart has reduced any incentive to drag the proceedings on longer than necessary (the process typically takes about 120 days, though it can vary depending on the case).

Becoming a Fairway Franchisee is a little more involved than investing in more typical franchises.

"Our franchisees are buying a career," says Stewart. "It takes time to build, like opening a law firm. We're not the right franchise for someone who wants to throw down some money and step back and not work it."

While being embroiled in often bitter divorces for a living sounds like it could be draining, Stewart says the gratification from bringing these conflicts to peaceful solutions more than makes up for the stress.

"I can think of some cases that I'm really proud of," she says. "There was a couple who came to me who had spent $200,000 on lawyers. There had been fighting about the kids, and even a restraining order. But by the end of our process, things were amicable and they had decided to jointly own a cottage. That's how successful our process can be."

WAKA
In 1998, four friends in the Washington, D.C., area were looking for a social activity that didn't involve sitting in a dimly lit bar on a sunny day--but also wasn't as mind-numbing and expensive as playing 18 holes of golf. Their solution? Kickball, the ubiquitous playground sport that most people left behind with their lunchbox.

That summer, they organized their first adult kickball league. "People's first response when we'd tell them we ran a kickball league was, "Are you kidding?'" says Johnny LeHane, one of the original founders and currently director of franchising for the World Adult Kickball Association (WAKA). "The second thing they'd say was, "Where do I sign up?'"

Soon they had 16 teams with 400 players. By the end of the third year, they had four leagues in D.C. and interest in several cities. When the dot-com bust hit in the early 2000s and some of the founders lost their jobs, they began working on WAKA full time. By 2010, the company had 4,000 teams in 400 leagues in cities across the U.S.--most run by part-time customer service representatives and area managers.

"For them, WAKA is a part-time, evening thing," LeHane says. "They love the social aspect, but it isn't their living."

After bringing on a full-time CEO, the company began investigating new growth strategies. "We looked at our model and what it would take to be successful in markets we hadn't gotten into or markets we hadn't penetrated as deep, and we kept coming back to the concept of the owner/operator."

Late last year, WAKA began offering franchise territories. The first franchisee, a current area representative, set up shop in New Orleans. In the next year, the company plans to focus on areas where they have little presence, like the Heartland and Great Lakes states.

Setting up a kickball game may not sound like a full-time gig, but it takes a knack for logistics and finely honed people skills to keep the teams running. Not only do franchisees have to sign up 80 to 500 people for each of several coed leagues, they need to find a bar to sponsor the league and then negotiate food and drink specials for the after-party, which is almost as important as the game. They also have to reserve fields, find referees, run league games and events and plan the requisite mid-season and end-of-season parties.

There are closely followed rules and a national championship each year, but a WAKA franchise is about more than the game. A franchisee's main job is to mingle, grease the social wheels and make sure players are happy.

"That's one of the things that makes our franchise so innovative," LeHane says. "Working a homebased business can be isolating, but with ours you get out on game night and see … your customers having the most fun they'll have all week. That's the type of work-life balance people strive for. There's nothing more rewarding than that."