By Dinah Wisenberg Brin November 1, 2011
Opinions expressed by Entrepreneur contributors are their own. 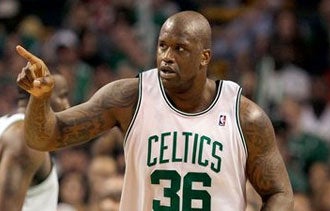 For years, professional athletes have traded in their Big Leagues skills to become major players in chains such as Burger King, Dunkin' Donuts or KFC.

Now, the franchise industry is making a move to formalize its relationship with jocks looking to turn franchisee.

The International Franchise Association and a newer organization, the Professional Athlete Franchise Initiative, plan to provide a centralized platform for pro athletes seeking to join the industry and for franchisors wanting to connect with athletes.

The IFA and PAFI say they'll develop an educational certificate program for sports pros and summits for both athlete-franchisees and chains.

"Professional athletes are becoming more conscious about the longevity of their careers and realizing more effort should be placed into planning for a professional life beyond sports," PAFI founder and Executive Director Michael Stone said in a statement.

Stone, an entrepreneur and former NFL player, said the new group's approach is to "educate the professional athlete community on the specific value proposition that the franchise model provides." Franchises have long been considered a "hands off" way for pro athletes to go into business, becoming more involved once they retire from sports.

Stone's comment underscores a recent statement by Milwaukee Bucks forward Drew Gooden, who, in announcing plans to become a Wingstop franchisee, said the NBA lockout had given players occasion to think about their future and look for new business opportunities.

Throughout the years, a long line of pros have become franchisees for numerous chains, including UPS store, Jamba Juice, Coldstone Creamery and a number of fast-food or casual-dining operations.

Three former athletes are scheduled to speak during the IFA's annual convention in Orlando in February. Tim Biakabutuka and Tyoka Jackson, former NFL players who now own Bojangles and IHOP franchises, respectively, and former NBA forward Jamal Mashburn, an ex-NBA forward who's bought into the Papa John's and Outback Steakhouse franchises, were all in their 20s or 30s when their pro sports careers ended.

IFA President and CEO Steve Caldeira said the industry, with more than 825,000 franchise establishments, welcomes the opportunity "to bring more professional athletes into our ranks."

Dinah Wisenberg Brin is a freelance writer based in Philadelphia. She has covered business, politics, healthcare and general news for wire services, newspapers, blogs and other publications.