By Sarah Max May 25, 2012
Opinions expressed by Entrepreneur contributors are their own. 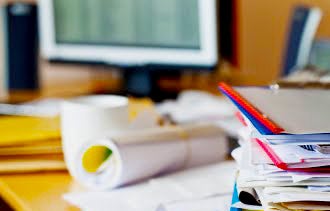 Something about the nice weather brings out the cleaning bug.

Chalk it up to longer days, summer moves, remodeling projects and the compulsion to throw open the windows and start fresh. Not surprisingly, franchises that specialize in these areas see business pick up in late spring and early summer.

We spoke to outfits that provide everything from decluttering to reorganizing. Here's a look at what's trending in each area – plus tips on how you can get organized yourself.

Betsy Fein, founder of Clutterbusters, a Rockville, Md. personal organization franchisor, says every season brings different clientele. In the winter, it's customers who have made New Year's resolutions; in the fall, it's parents or students preparing for back-to-school season. But in spring and summer, it's anyone and everyone who needs to streamline the clutter. Clutterbusters, which she started in 2007, charges clients by the hour with a four-hour minimum. The company specializes in "hoarder situations," Fein says, though simple paper management is a popular service.

Her tip for decluttering:

Some junk can be cleared out in bags and boxes, but homeowners with serious clutter can call on roughly a handful of national franchisors specializing in removing junk. "Summer has always been the busiest season for us as people do more home renovation projects, work around their yards, move into new homes, offices, etc.," says Christopher Jackson, director of marketing for College Hunks Hauling Junk, a 41-unit franchisor based in Tampa. (Other junk haulers include Junk King, 1-800-Got-Junk, and Junk Genius.) Pricing, he says, depends on the location of the franchise and the size of the truckload. In Tampa, for example, the cost of hauling the equivalent of a furnished one-bedroom apartment runs about $548. Mostly, the company picks up furniture, appliances and electronics, and hauls them to Goodwill or other nonprofits.

His tip for getting rid of junk:

Once the junk is out, it's time to bring in some elbow grease. Merry Maids, a division of Memphis-based ServiceMaster, was founded in 1979 by Dallen Peterson, who saw an opportunity to sweep in and help the growing number of women heading into the workforce. Today the company has 944 company- and franchised-owned territories throughout the U.S., as well as home-cleaning services in Canada, the U.K. and Ireland. This time of year, "people are ready for everything in their homes to be wiped down and cleaned," says training manger Debra Johnson. The company offers a number of options for customers, from regularly scheduled weekly cleaning to scrubbing and polishing as needed.

Her tip for cleaning:

Related: How to Prioritize As an Entrepreneur

Clearing out clutter and making a space spic-and-span is only half the battle. With the hard work done, the next best step is keeping everything in its place. That's where organization franchisors like California Closets come in. The Berkeley, Calif., franchisor was founded in 1978 and now has 110 showrooms throughout North America. The company's organization experts can tackle rooms throughout the house, including laundry rooms, home offices, craft rooms and garages. The average job size is about $3,500, though many clients call on California Closets for projects in the $500 to $1,000 range, says California Closets chief design officer, Ginny Snook Scott.

Her tip for reorganizing: