Looking to Buy a Franchise? Here's How to Start

By Colleen DeBaise June 18, 2012
Opinions expressed by Entrepreneur contributors are their own. 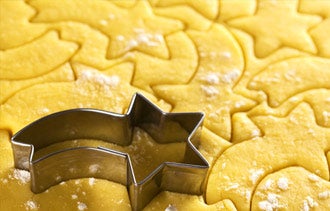 Many people are drawn to the built-in security of the franchise model: There's a track record, an established brand name, training programs – not to mention ongoing support and marketing assistance.

But startup costs can be high, profits aren't guaranteed, and your independence – like it or not – is limited, as most franchisors impose strict standards on everything from price to interior design.

If you're considering buying a franchise, the best thing you can do is research, research, research. Here's advice on how to do that, from Jason W. Power, a principal at franchise law firm Shelton & Power LLC in Tampa, Fla., who spoke Friday at the International Franchise Expo in New York.

1. Attend franchise events. The International Franchise Expo bills itself as the largest expo in the U.S., with more than 300 franchises in attendance. The International Franchise Association, the industry's largest trade group, hosts an annual conference, while a number of smaller outfits host regional events. While it's one-stop shopping in terms of basic information and networking, keep in mind there are lots of "shiny ads" at such events, Power says. Most booths are manned by sales people – and they're ready to hard-sell you on the franchise they represent, he says.

2. Talk to franchisors and franchisees. As an initial step, head to a franchise's website and request more information, or call the company directly. "Ask the stupid questions," Power recommends. Carefully review all materials you get, including the Franchise Disclosure Document, a legal document that the Federal Trade Commission requires franchisors to provide. (For more on this, read "How to Read a Franchise Disclose Document.") As you get further into the process, the franchisor may invite you to attend a "Discovery Day" or "Join the Team" event at its headquarters -- but see if you can pay a more informal visit early on, Power suggests. For the real scoop, talk to existing and former franchisees. "Call as many as possible," not just the ones a franchisor might recommend that you call, he adds. Ask franchisees about their experiences, including the support they're received. For a hands-on look, "see if you can shadow them for the day," he says.

3. Consult with the Better Business Bureau and other agencies. You can see if there are consumer complaints against a particular franchisor by doing a search on the Better Business Bureau's site or by making a request in writing to the FTC. It's also important to research whether individual franchisees near your potential location have a record of complaints. After all, if a franchisee "down the street has a bad rating, that will reflect on you," Power says.

4. Ask consultants, lawyers. One place to look for a franchise consultant or attorney is the IFA's supplier search page. You can also contact the American Bar Association’s Forum Committee on Franchising for referrals. A franchise consultant, also called a broker or coach, can provide excellent advice, although keep in mind they are often working for the franchisor. You typically don't pay a fee, as the consultant will get a cut from the franchisor if you sign up. A lawyer will typically charge in the range of $1,500 to $2,500 to review a franchise company's FDD, Power says. The money may be well-spent if you avoid a mess down the road.

5. Do a web search. The Internet may sometimes lead you down wormholes, but there are a number of sites for basic franchise information. Power recommends the IFA; World Franchising, a portal that aggregates up-to-date franchising information; and Google Scholar, which helps you search legal documents, such as any lawsuits filed against the company. Others include FranData, which claims to have the largest library of current FDDs, and the American Franchisee Association, a trade group that provides information on common problems that franchisees face.