By Jason Daley August 24, 2012
This story appears in the August 2012 issue of Entrepreneur. Subscribe » 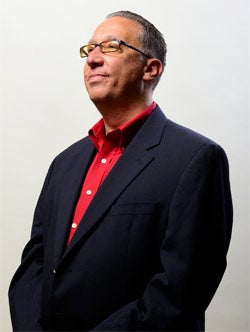 Joel Libava has had the "franchise quiz" on his website for several years. It's not particularly scientific or high-tech--Libava hand-scores each quiz himself. But after two decades in the franchise world, the Cleveland native believes he has come up with the right questions to ask anyone considering becoming a franchisee. The quiz isn't there to tell you whether you should buy a pizza restaurant or an oil-and-lube franchise. It's there to determine if you should buy a franchise at all.

That's not a mindset potential franchisees come across often. If you have the money and motivation, chances are you'll find a company willing to take your life savings and set you up with a yogurt shop or pretzel kiosk. But Libava--aka "The Franchise King," a nickname (now trademarked) he was given at a trade show many years ago--is on a mission to make sure only people with the right temperament and expectations get into the franchise game.

"It is so important for people to figure out before they even start looking around if they are really right for franchising," says the former franchise broker, who has turned his allegiance to franchisees over the last two years. "There's this myth created by franchise marketing that franchises are businesses-in-a-box or turnkey businesses. It creates a false sense of security, and people think all they have to do is write a $35,000 check for the franchise fee and get $100,000 from the bank, and then they'll be rockin' and rollin'. That's the part I fight every day. You have to make sure you have the right traits and characteristics needed for franchising, or you're going to fail."

That may sound harsh, but Libava believes weeding out bad candidates upfront will strengthen franchising in the long run. In fact, the idea that one should look inward before buying a franchise takes up much of his book, Become a Franchise Owner!, which also walks readers through the history of franchising, finding the right fit, reading an FDD, attending a Discovery Day and, finally, signing the contract.

Jumping into the franchise world can be daunting. There are confusing contracts and annoying jargon--why must everything be called an "opportunity"? Even more difficult is finding a source of straightforward information on how to choose one of those opportunities, how to evaluate a franchise system and how to glean the facts from the hype. Many people who decide to investigate franchising end up learning as they go, searching the internet for hot concepts and getting most of their information from the franchise companies themselves.

Libava says his book is an honest attempt to provide options: to tell it like it is, gently discourage those who may not be a good fit for franchising and create a cautious road map for those who have the skills and temperament to take their dream forward. "I'm a one-man show trying to change things and protect consumers," he says. "I understand the psyche of the franchise buyer."

Even if he is a one-man show, he's got a lot of fans. Paul Segreto, founder of consulting group FranchisEssentials, thinks Libava is spot-on when it comes to diagnosing the problems in the franchise world. "I agree with most of Joel's philosophy," he says. "He's giving people good, practical, sensible advice, and getting them from A to B to Z."

Segreto, too, maintains that conducting a bit of self-assessment before jumping into franchising would save everyone involved a lot of hardship. "When people talk about due diligence, they're usually talking about the legal and financial aspects of franchising, not Is franchising right for me?" he points out. "They need to ask themselves if franchising works with [their] skill sets. Does it fit their vision and lifestyle? I surveyed over 1,000 people whose franchises had failed when I started consulting. I found that lots of people failed for reasons that had nothing to do with finances."

Candidate Qualities
What makes a good franchisee? "If you want to become a franchisee, you have to lose your ego," Libava says, "even if you come to the table with 25 years of experience as a VP of operations and you know more than the franchisor. You need to remember why you're getting into a franchise business to begin with. You want to avoid mistakes. That's why you bought into their system."

Rules of the Game
Joel Libava advises heavy introspection for those considering getting involved in franchising. Here are some excerpts from his book, Become a Franchise Owner! • Here's one sentence that I need you to focus on right now: It's their system, so they get to write the rule book.

• If franchises didn't have rules, they wouldn't be franchises; they'd be independent small businesses.

• The first thing you need to consider is whether you are OK with rules. In other words, how has the rule thing worked out for you in the past? For example, have you been a rule follower in your previous positions? Were you able to abide by your company's line of thinking? Did you follow procedures as they were laid out? Were you OK with the parameters they set?

• If you're generally comfortable with following someone else's rules and have a strong desire to be in business for yourself, franchise ownership is an option you should explore. However, if you don't have a very good track record of toeing the line--and instead really prefer to make your own rules--then becoming a franchise owner may not be the way to get into business for yourself.

Professional background says a lot. People who come from systems-based environments, and those who may have disagreed with their bosses or industries but still performed well at their jobs, are good candidates for franchising, Libava says. People who work in operations have a high success rate, as do those with backgrounds in marketing. Military veterans are often comfortable working within a system, as are salesmen (as long as they haven't let their egos inflate).

In terms of personality, Libava says, people who are averse to conflict and are comfortable taking feedback from bosses do well within the structured franchise environment. "Lovers do well in franchising, not fighters," he says. "One doesn't have to be a robot to be a good candidate for franchising, but one should realize there are rules in place, and they better do their homework well enough to know what those rules will be."

So who shouldn't buy into franchising? According to Libava, people who are stubborn or independent-minded, and those who don't like to play by the rules. Also, people who think they will be able to change the system from within.

There is nothing wrong with these personality traits, says Libava (who counts himself among this group), but these types of people would probably do better in independent, entrepreneurial endeavors. "People who buy franchises are not entrepreneurs, and they better know that going in," he says. "There are entrepreneurial things that each franchisee does, but the true entrepreneur is the person who started the system. They invested half a million dollars, wrote the operations manual and probably went out of business once or twice before perfecting their system.

"If you spend $200,000 on a franchise and think you're going to be an independent entrepreneur, I think you're going to be disappointed," he adds. "Opening up a 7-Eleven is not entrepreneurship; it's small-business ownership. How creative can you get when your only choice is moving the candy bars from the left side of the cash register to the right?"

Hiring Skills
The deep introspection needs to happen on the other side of the contract, too, Libava says. Franchisors often sign up marginally qualified candidates solely on the basis of available capital. (This became more common during the recession.) But franchising works only when the right franchisees are entering the system and franchisors are choosing only the most qualified people.

Segreto of FranchisEssentials agrees. "In 25 years, I've identified a lot of people who failed because they shouldn't have been in franchising in the first place," he says. "Frankly, shame on franchisors for putting these people in business. Franchising has a responsibility to choose the most qualified franchisees, not just the ones waving a check in the air."

Franchisors also need to be more careful with their marketing material, Libava says. Many market themselves too aggressively and too optimistically, leading potential franchisees to believe they will be making money right off the bat as independent business owners. They leave out the fact that most franchisees won't make a dime the first year, and that one must be mentally and financially prepared.

"It's complicated for marketing execs," Libava admits. "You don't want to come across as saying you will succeed no matter what. But you don't want to go the other way and say it's impossible to succeed."

Despite its flaws, Libava loves franchising and wants to see it get stronger. "There are several websites and blogs that consistently slam the franchise industry, saying it's slimy or a corrupt model," he says. "I don't agree. I consider myself pretty balanced. If there's a bad franchisor out there, I'll call them out if they're scum. But if they're good, I'll praise them as well."

Ultimately, Libava wants franchise candidates to really stop and think. The franchise world is choked with hype, and seeing through the manufactured excitement is the only way to make the right choice. Most people wouldn't buy a car without kicking the tires a few times; spending one's life savings and future security on a franchise should involve a lot more kicking.

"Franchisors and franchisees need to make sure the right people with adequate means and the right personality for the model join the system," Libava says. "Don't just roll the dice."