By Jason Daley October 12, 2012
This story appears in the September 2012 issue of Entrepreneur. Subscribe »

Craig Sher had a friend visiting from South Africa who was surprised at the lack of designated-driver services in the U.S. At home, he said, there were numerous services that drive you home in your own vehicle, while a "chase car" follows to pick up the driver.

Sher, who ran a company that built software for Wall Street businesses, looked into the problem and found more than 300 designated-driver services in the U.S., all very localized, and none very profitable. That's when he got the idea to put his tech wizards on the case. The result was StearClear, a designated-driver franchise that utilizes smartphone technology, GPS and a little gas.

"We said, if we can take the dispatch desk out of the transaction and put customers directly in touch with drivers, this could be profitable," Sher says. "And if we can make it scalable and manage it through a local entrepreneur, we have a winning franchise concept." 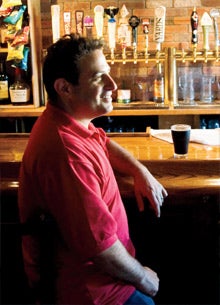 With the StearClear app, GPS technology informs users of the nearest available two-person drive teams and provides pickup-time estimates. Users then choose which team they want to get them, and the app dispatches the drivers to the location. Since there is a flat fee (plus a flat per-mile cost), there's no haggling over price. If demand is overwhelming one night, the app can put additional driver teams on call.

Franchisees are responsible for hiring and paying drivers and making sure things run smoothly, but the app takes care of most of the details. "I had worked in franchising before, and I loathed the model," Sher admits. "It's ridiculous that you need to pay a $30,000 franchise fee to a company, then spend $450,000 out of your own pocket to open a restaurant. We wanted to give franchisees as much as possible for as little as possible. That's why with about $18,000 you can get into our business and start making money."

So far, Sher is negotiating with 16 franchisees across the U.S., and he says demand is growing. "We've had inquiries from Japan, Europe and Australia, so we're planning on starting international expansion in January," he says. "And we've gotten calls from medical centers wanting us to transport patients getting their wisdom teeth out, having colonoscopies or other surgeries, so there's a potential for a strong day trade, too. This is becoming a really global, universal business."