By Jason Daley October 12, 2012
This story appears in the September 2012 issue of Entrepreneur. Subscribe » 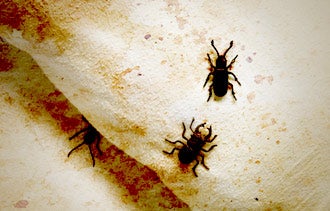 Bedbug Chasers
In the past few years, stories of bedbug infestations have become media staples, and with good reason: The little buggers, which hide in mattress crevices and need a "blood meal" to finish their mating cycle, have returned in force to all 50 states, despite having been almost eradicated in the U.S. in the 20th century. The reason they're back? The new generation of bugs are not native to North America, and after decades of being sprayed with DDT and other powerful insecticides in Asia and other less-regulated parts of the world, they are resistant to most chemicals.

"I think bedbugs are far from overhyped," says Dean Averna, who rediscovered a secret weapon that was used almost a century ago to chase bedbugs from mattresses: heat.

Adult bedbugs die at 118 degrees, and eggs and nymphs shrivel up at 122. Averna, who worked for many years in the infrastructure and critical power industry, saw opportunity in this knowledge. While other companies use the method to rid homes of bedbugs, they lack efficiency, requiring up to four 100- to 200-pound heating units to treat just 700 square feet. And since the large units take eight or nine hours to thoroughly heat an area, the bugs have time to take refuge in walls, crawl spaces or a neighboring apartment. "More often than not they have to come in a second time," Averna says of his competition. "Just one surviving pregnant female can create 13,000 bedbugs in six months and restart the entire infestation."

Averna spent 18 months developing a new heater, one that is only 72 pounds and easily portable; multiple units quickly and evenly heat an entire apartment floor. He works with landlords and hotel owners to treat whole floors to prevent reinfestation. Instead of billing the client for power, Bedbug Chasers brings its own generators to run the machines. Armed with the super heater, the franchise earlier this year became the first to specialize in bedbug removal. Averna is in talks to open 24 units.

Franchisees don't have to pony up for a full truckload of heaters. While most buy four or six for everyday operations, Bedbug Chasers also has regional depots where franchisees can rent more heaters for larger jobs.

While the heaters can control other insects as well, Averna says he does not want to be a full-spectrum pest-control company, and says most business will come from subcontracting with exterminators who don't want to invest in their own heaters. "We're in a good niche position," says Averna, who thinks bedbugs will probably not be eradicated anytime soon. "We come in there like the Ghostbusters and take care of business."