The Man Who Owns (Almost) All the Burger Kings

By Dinah Wisenberg Brin September 10, 2012
Opinions expressed by Entrepreneur contributors are their own. 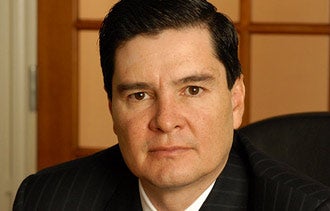 Guillermo Perales, one of the largest restaurant franchisees in the U. S., isn't content to buy one or two locations in a given market. He prefers to own all of them.

His Dallas-based company, Sun Holdings LLC, is doubling in size this year to nearly 400 stores, including 96 Burger Kings that he recently acquired in the Orlando-Daytona market and more than 50 Arby's in Dallas, representing 99 percent and 100 percent of those markets, respectively.

The biggest Latino franchisee in the country and fourth-largest U.S. Burger King franchisee, Perales, 50, who was born in Mexico, also owns 85 percent of the chain's Dallas market and is in the process of remodeling locations in Florida and Texas.

And there's more: Perales owns all of the Popeyes in Dallas – he's that chain's second-largest franchisee -- and 90 percent of the CiCi's restaurants in Houston. His holdings also include 33 Golden Corral restaurants, the company he chose when he opened his first franchise with a Small Business Administration loan in 1997.

Why the interest in snapping up so many locations in the same cities?

"When you have the whole market you can do what you think is the right thing," Perales says. Owning the market allows you to close, move and build stores, and to set uniform pricing and promotions without ruffling the feathers of customers who notice different deals at different locations, or have disagreements with other franchisees, he explains.

"It's only one price, one promotion, one message," Perales says.

Related: Questions to Ask Before Buying a Red-Hot Franchise

The International Franchise Association suggests it's not exactly typical for one franchisee to control an entire metropolitan area, although it varies widely by system and market size. Other major fast-food companies where a single franchisee dominates at least one market include Church's Chicken and Domino's Pizza, according to IFA spokesman Matthew Haller.

Burger King, which recently went public and is going through a refranchising phase, is looking to franchisees like Perales who have strong operations and understand the business, Haller says. McDonald's markets, he says, tend to be fragmented, with each franchisee owning a few stores.

Perales says his ownership of entire markets makes it easier for the franchisor. And indeed, some of the chains seem to welcome the arrangement. When he acquired the Burger King stores in Orlando, the chain issued a statement that Perales' "keen business sense and operational know-how" had already been instrumental to a "successful turn-around for us in the Dallas market."

While he's not currently shopping, Perales says he is "always looking for new opportunities" to control a market. And he may concentrate further on his core markets in Texas and Florida by selling Sun Holdings' stores in other states. (A report in Restaurant Finance Monitor says he plans to sell some Golden Corral sites.)

Perales, president of the International Hispanic Franchisee Association, has advice for smaller franchisees, whom he encourages to be open-minded. Listen to the opinions of the brand and other franchisees and don't assume you know everything right away, he said. Find lenders to help you grow, he says, and sooner or later you'll own the whole market.

Related: A Franchise Grapples with Hypergrowth

What Makes These 9 Emerging and Thriving Franchises Unique?