TapSnap Brings the Photo Booth Into The Digital Age

By Jason Daley October 4, 2013
This story appears in the September 2013 issue of Entrepreneur. Subscribe »

If you've been to a wedding in the past few years, you've probably noticed--the photo booth is making a comeback. But the typical machines are mammoth, often 500 pounds or more, meaning it's a big hassle to get one down to the reception hall.

That's why Scott McInnes, founder of the DVDNow Kiosks franchise, started TapSnap last January, with the idea of connecting a touchscreen, open-air "booth" to social media. The easily portable photo machine lets users write messages with their fingers, add digital props like hats or mustaches and take group shots. And, for nostalgia's sake, it will still spit out a classic photo strip as well. 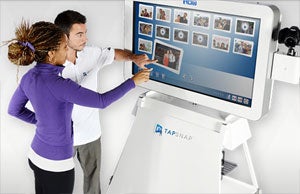 So far Vancouver, British Columbia-based McInnes has sold 50 TapSnap territories. Most franchisees use the system to earn extra income, though a few have gone full-time, taking the machines to weddings, parties, street festivals and other events.

"We wanted to launch a new business that's fun to be a part of," McInnes says. "This is a way for people to start a small business without quitting their day job, and without a huge upfront investment."

We asked him to give us the big picture on TapSnap. 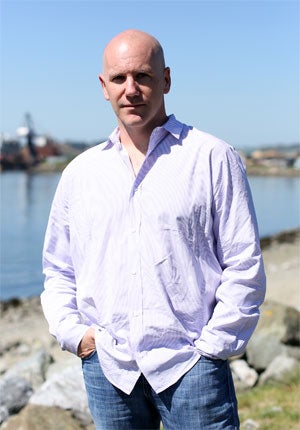 Isn't the point of the photo booth that it's retro, like vinyl records? Why update it?
Booths aren't really that old-school--some have a limited ability to share or e-mail photos, and some have touchscreens. But the typical experience has been to get in, snap a photo, and that's it. The photo was the beginning and end, and people just left the photo strips on the table after a wedding. With TapSnap, taking a photo is where it starts. It can be shared dozens of times over. It's more powerful than the printed picture.

Is TapSnap primarily for weddings?
No, not at all. Because photo booths are so heavy and hard to move, most mom-and-pop renters won't do an event less than five hours. But the TapSnap system fits in the back of a van and can be set up by one person in a few minutes. So we do all kinds of events, like multiday street fairs and two-hour corporate events. We even did a customer appreciation day with a jewelry store, where they took photos of people wearing their stuff and put them on the web.

Why are you franchising?
Being a franchise gives brides or corporate clients the comfort of knowing they're getting the best piece of equipment and that it will work as promised and deliver the best experience. You don't know what you're going to get working with a mom-and-pop company.

What type of franchisees are you looking for?
We need people who like being part of a social event. As franchisees grow they will bring on people to assist them, but most start out doing it themselves. They don't have to be the life of the party, but they need to be engaging and get the crowd involved. They also need to be able to develop a good network and work with event planners and make contacts at the events they work.

Kids today have smartphone cameras. Do they get the photo-booth concept?
Younger people immediately get the connection. The touchscreen hardware is intuitive to them. Even if they don't keep their photos, they see it as a digital guestbook. They take funny pictures and write personal messages for the bride and groom. Everything ends up in a digital album that the organizers have access to. It doesn't compete with the professional photos, but it's like getting an alternative wedding album.