Taco Bell's New Snack-Infused Item Is Cheesier Than Ever

The Waffle Taco. The Pizza Cake. Loaded Doritos. Love them or hate them, these weird menu items are being cranked out by some of America's beloved fast-food chains and dominating on social media.

In the last few years, chains have becomes obsessed with creating bizarre food concoctions in the hopes of creating a buzz-worthy new bestseller. Waffles and tacos? Sure. Bacon and milkshakes? Sounds good. Pizza and cake? Why not.

With social-media savvy customers ready to Instagram and Tweet about their bizarre orders, the mashup market is hotter than ever. A freaky food item is bound to spread across Twitter and Facebook like wildfire, giving fast-food companies a chance to garner the attention of the highly sought-after millennial market. There's more innovation in the world of fast-food franchises than ever -- and that's a good thing, whether or not you want to try Carl's Jr.'s "Bisnut."

Here are some of the most famous and infamous fast food mashups sweeping the world. 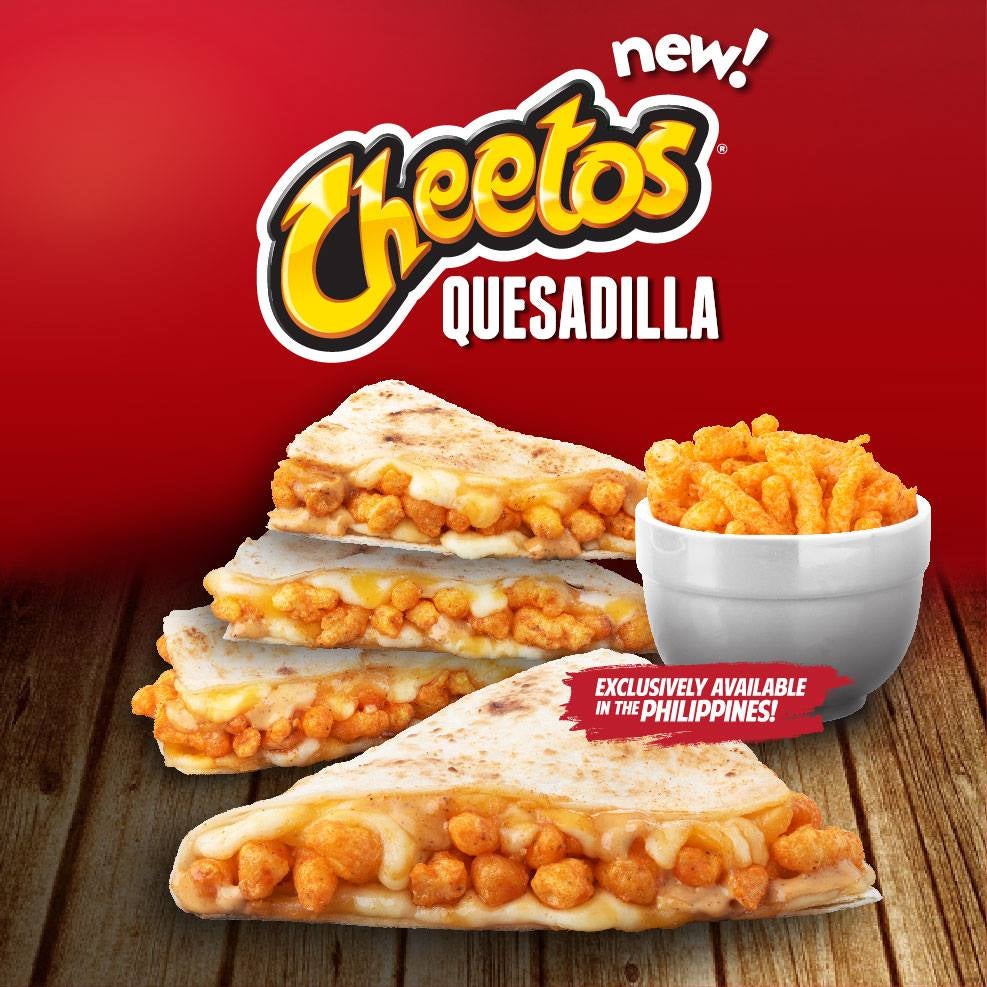 Taco Bell has been a leader in introducing snack-infused menu items. This time, the Tex-Mex chain has combined America's popular chip Cheetos with its simple cheesy quesadilla. The new mashup is only available for a limited time at Taco Bell branches in the Philippines. 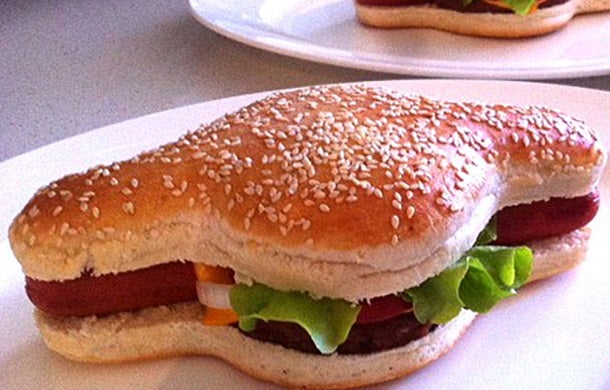 Why didn't someone think of this sooner? After leaving a bar in Nashville with most likely a case of the "drunchies," entrepreneur Mark Murray picked up a hamburger and hot dog. Eating both at the same time, Murray came up with the genius idea that makes our lives easier: a hamdog.

The Hamdog features a burger patty with a hot dog sausage running through it and comes with a custom bun molded to the peculiar shape. Hamdogs are available in Australia and are making their way to the U.S. in 2017. 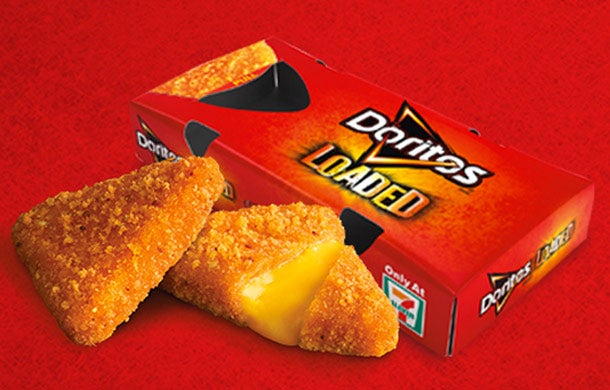 For true Doritos fans, making nachos isn't cheesy enough. Loaded Doritos are aimed at Doritos obsessives who want their cheese inside their chips. The warm nacho cheese with Doritos breading debuted at 7-Eleven on Wednesday.

Related: KFC to Bring Back the Infamous Double Down

The weirdest thing about this mashup is the name. Carl's Jr. apparently decided that if the croissant-doughnut hybrid Cronut was a hit, then the biscuit-meets-doughnut Bisnut should be as well. The actual product is less exciting than its moniker: essentially, it's a biscuit shaped like a doughnut, with icing and sprinkles. 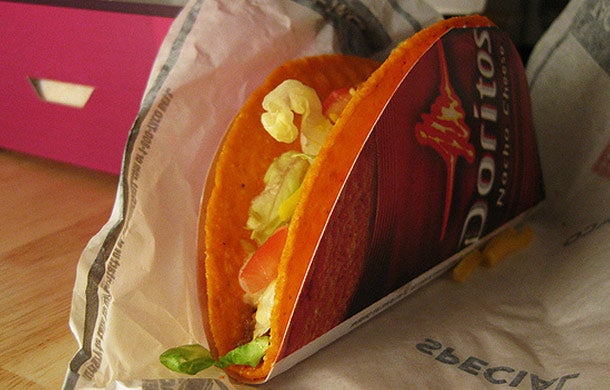 Before the Cronut and the Waffle Taco, Doritos Locos was the freshest mashup in the food world when it was released in 2012. Taco Bell released sold more than a billion Doritos Locos Tacos in the first year it was available. The taco chain is still releasing new flavors, with Spicy Chicken Cool Ranch as a recent limited time offering. 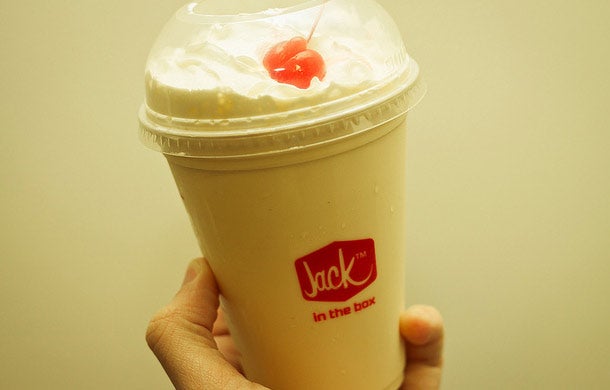 In 2012, Jack in the Box decided to combine two All-American favorites in a bacon milkshake. While the fast-food chain no longer offers the mashup shake according to their website, you can still fulfill your bacon milkshake cravings at Sonic, with the Peanut Butter & Bacon Shake. 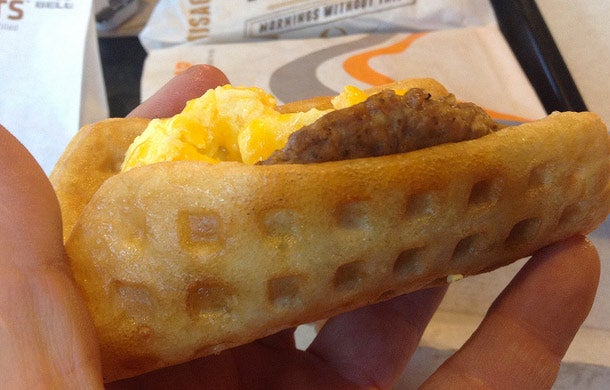 Taco Bell jumpstarted the quirky food trend in 2014 with its breakfast roll out in March. The chain's first foray into breakfast offered items including breakfast burritos and AM Crunchwraps, but what grabbed the public's attention was the Waffle Taco.

Related: The Real Reason Taco Bell Made the Waffle Taco 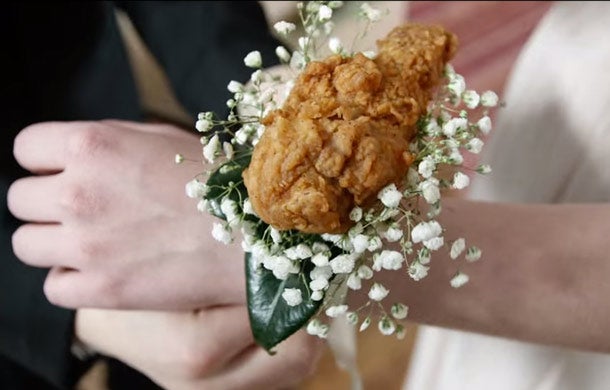 Calling KFC's Chicken Corsage a fast-food innovation is a bit of a stretch, seeing as it's just a classic drumstick attached to baby's breath flowers and a ribbon. However, as the chicken-chain's commercial for the product hit 645,000 views on Youtube in the product's week, it is certainly getting the attention of chicken hungry high schoolers. 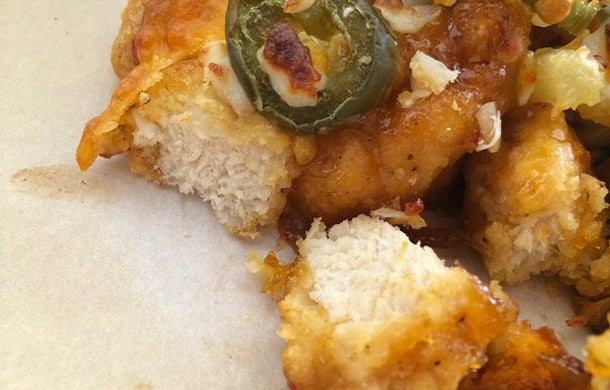 As chicken became an increasingly hot commodity in 2014, Domino's beefed up offerings with the Specialty Chicken. The offering substitutes fried chicken for dough as the base for pizza toppings, with options including Crispy Bacon and Tomato, Spicy Jalapeno and Pineapple, Classic Hot Buffalo and Sweet BBQ Bacon. 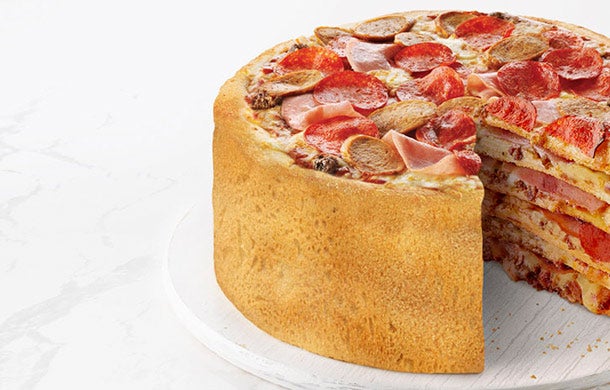 Pizza Cake isn't on the market – yet. The mega-pizza won Boston Pizza's Pizza Game Changers campaign in April. The campaign allowed customers to vote online for their favorite innovative – or just plain bizarre – pizza products, with the winner eventually making it to market. In addition to the Pizza Cake, options included cheese clippers, pizza mints, a gas powered pizza cutter and a pizza protector guaranteed to keep hungry roommates away.

Related: Like It or Not, 'Pizza Cake' Could Soon Be a Thing 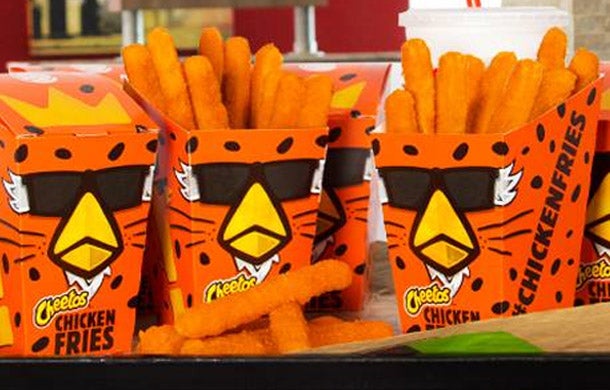 Move over Doritos Locos tacos, Burger King has unveiled its latest snack-infused item, Cheetos Chicken Fries, which are fried and covered in Cheetos-flavored breading. After being removed from the menu in 2005, chicken fries were reintroduced in 2014 and have grown in popularity. Time will only tell if this new whacky mashup will also be a hit. (Rose Leadem)