I Became a Franchisee So I Could Be My Own Boss

After ten years of traveling around the world as a consultant for A.T. Kearney, Amyn Ali was ready to become his own boss. Like many entrepreneurs, he saw franchising as his most likely path to success. Starting with the iconic Dunkin' brand, he opened a Baskin-Robbins and Dunkin' Donuts location eight years ago. Today, he owns three Wing Zones, 10 Dunkin' Donuts and Baskin-Robbins and one Papa John's. Here's what he has learned. 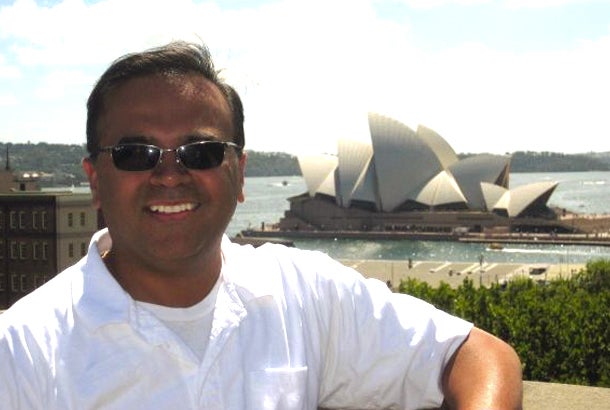 I started in franchising eight years ago.

I chose franchising because of the simple turn-key operations that it offers, minimal complexity, and how it minimizes your risk when you are going into business on your own.

Related: A Franchisee Who's Literally Building His Dream Business From the Ground Up

I came to Chicago when he was a little boy. After graduating from the University of Michigan with an MBA, I joined a consulting firm A.T. Kearney, allowing me to travel the world for 10 years. I saw great potential in franchising and wanted to be my own boss, so I bought a Baskin-Robbins and Dunkin Donuts location, which turned out to be immensely successful. I wanted to diversify my franchise portfolio, so I signed a 14-unit deal with Wing Zone, which was also the first in the city of Chicago.

Everyone wants to be their own boss for one reason or another. After a while, I just wanted to have control over my own destiny. I wanted to expand my brand repertoire after I saw how successful my Baskin-Robbins and Dunkin' Donuts locations did. Wing Zone was a perfect fit.

Most of my advice came from my network of friends and colleagues in business, along with speaking to successful people in the franchise industry.

Related: Why Franchisees Should Allow For Three Years Until Business 'Clicks'

Managing challenges is taking calculated risks. There's always challenges with competitive pressures, capital investments, and with the current economic climate. I needed to capitalize on each one of these challenges.

So many people want to open up their own business and franchise, but fail to look at all of the pros and cons of business ownership. The most important advice that I can give is to really do your due diligence and look into your competition, the longevity of the brand, how you're going to manage it operationally. It helps to look at areas of the business that you normally may not think about

What's next for you and your business?

I plan on continuing to expand the Wing Zone brand throughout Chicago, while building out the commercial real estate to open these new locations in.

Related: A Franchisee Who Switched From Health Care to Auto Care