ARCpoint Labs is a Greenville, SC-based national third-party provider and administrator of drug, alcohol, DNA and steroid testing, as well as screening for employment/background checks and wellness and corporate wellness programs. It's a franchise Tony and Theresa Oliver of Santa Fe Springs, California, were attracted to once they'd decided to strike out on their own in business. The married couple were working corporate jobs at Staples when they met and later added still more business experience -- he in retail, she in real estate -- as well as two children to their lives before opting to go the franchise route. With their kids now grown, the Olivers are looking to expand across the three California franchise territories they've already purchased. 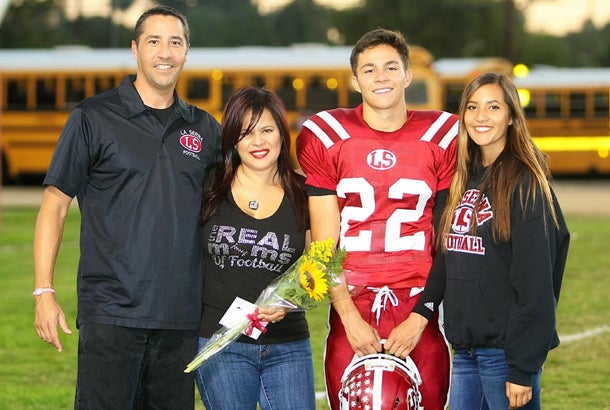 Related: How This E-Cig Franchise Is Moving Into Marijuana

We decided to join ARCpoint Labs in December of 2014. We had been looking at franchise opportunities for over a year, and working with some franchise industry consultants. After doing our research and due diligence, we ultimately landed on ARCpoint Labs. We both worked in the retail industry for years and had always talked about owning our own business, but the timing was never right.

But we felt that our kids were old enough -- our son is headed to Linfield College in Oregon, where he'll play college football, and our daughter is entering her senior year of high school -- so it was time, and we decided to make our business ownership dream a reality, with ARCpoint Labs. We opened up our location in Santa Fe Springs in June 2015, and it’s been exciting getting things up and running ever since.

Franchising gave us the best opportunity to make the leap into business ownership with the partnership and support of the expert team at ARCpoint Labs. We had guidance in choosing our location, best practices and a model that’s been proven and duplicated across the country. Plus, the way the ARCpoint model works, there are constantly new and cutting-edge revenue streams available, so there is a lot of opportunity to grow and evolve the offerings for the Santa Fe Springs location, as well as Whittier and surrounding communities.

Tony: I moved out to California back in 1990 to join Staples early in their history, and was one of the original dozen to make that move to open the first Staples stores on the West Coast. I stayed with Staples for about a decade in a variety of roles, including regional vice president, before leaving in 1998. I then worked at Party America as senior VP of stores, was the COO for Warehouse Shoe Sale, located in the Los Angeles area, for four years and was most recently the VP of stores/sales with Cabinets To Go.

Theresa: I was working at Staples when Tony and I met. We hit it off and both continued to work in retail. I left Staples and worked for Starbucks before deciding to leave the workforce to focus on our growing family, when I gave birth to our son, Bryce. I got into real estate with Century 21 once Bryce and our daughter, Jourdin, were both in middle school. I still do a little work here and there in real estate, but have been focusing on getting our ARCpoint Labs business up and running

Replying as a couple: While doing our research on a business to buy, we looked at food, health/fitness, storage, tutoring, home improvement, health care -- you name it -- really a wide range of business models and brands. When we did our research on ARCpoint, we really liked the ability to have multiple revenue streams and work with businesses as part of ARCpoint’s B2B model. [We also liked] the clean/white-collar feel of the brand and the fact that it wasn’t an incredibly large financial investment to get started. We really liked the corporate team at ARCpoint. The brand is relatively new, so there is room to grow with them.

All in all, it landed at right around $100,000 to get open and started. The executive team at ARCpoint Labs told us that in the first year we should expect to spend between $180,000 and $200,000 to cover marketing, POS and the other costs associated with getting things ramped up.

We’re on track to do that by our one-year anniversary, and our break-even point is likely to happen before then, because the brand has added so many additional revenue streams since we first signed up. The response so far has been great. The franchise fee for ARCpoint Labs was $45,000, but we purchased three territories, so that ended up being $45,000, $40,000 and $35,000. There were costs associated with getting the lease signed, and with equipment, furniture and some other expenses. The biggest cost was the build-out, which ranged between $45,000 and $50,000.

Besides the consultants we worked with, I bent the ears of several of my business peers. I picked their brains to get as much information as possible. We took several exploratory trips to a variety of ARCpoint Labs franchise locations. We also participated in a handful of franchisee calls, where I spoke with current franchisees and got a chance to ask any questions I wanted and get their feedback.

Related: Franchise Players: How I Went From Client to Franchisee

The most unexpected challenge for us was finding the right location and negotiating a good lease agreement. That process took a little bit longer than we anticipated. We had some specific metrics we wanted to meet before signing any deal -- demographics, working population, competition, industry mix, visibility, size. So many things are involved. It took us nearly three months, which was a little longer than I expected, but taking the right amount of time to find the best location was key to setting us up for success.

Don’t rush it. Do your due diligence. Spend as much time as you need to feel comfortable with your decision. There’s a tendency, once you make the decision that you want to buy a franchise, to go full-speed ahead, but it’s important to spend the right amount of time to talk it through, research as much as possible and then double-check everything you’ll want and need to be happy in your decision.

We bought three territories total, so we’re looking to open in Anaheim and then later on in the Lakewood area down the road. But for now, we’re just focused on getting our first location off the ground. Personally, we’re looking forward to heading out to see Bryce at Linfield College for the upcoming football season. We are also very active in the La Serna High School scene, where our daughter Jourdin will be a senior, so we’re looking forward to enjoying her final year in high school and getting in a lot of family time.

Related: Franchise Players: A Fitness Franchisee Who Persevered Through Cancer