Why Project Pie Is the 'Anti-Chain Chain'

James Markham of Carlsbad, Calif., may not have created fast-casual pizza. But the serial entrepreneur is definitely the Johnny Appleseed of custom quick-serve pies.

Markham has launched three successful chains in the past seven years, most recently opening Project Pie, a 23-unit franchise that’s quickly expanding in the U.S., the Philippines, Scotland and Dubai. Before that, the former boxer and mixed martial arts fighter was spreading the gospel of pizza around the world, first with a traditional California chain he called Knockout Pizza, and then with a brand called New York Style Pizza, which he launched in China.

It was that experience that led Markham to the fast-casual world. “In 2006, I was basically commuting between Carlsbad and Shanghai opening pizza places,” Markham says. “I got home one night, my wife picked me up [from the airport], and my baby daughter didn’t recognize my voice for an hour. Right then, I started thinking about other ways of doing pizza and staying closer to home.”

At that time, stuffing cheese into the crust was the height of pizza technology. But when Markham visited one of his favorite eateries, Chipotle, an idea struck: Why not make custom pizzas instead of selling slices? That way, customers could get exactly what they wanted, and even better, the pizza would be fresh. 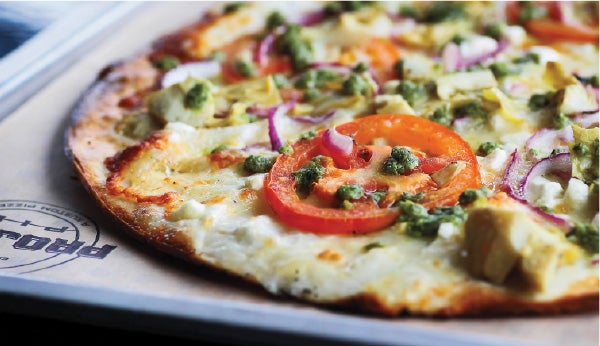 In 2008, Markham and some business partners introduced fast-casual concept MOD Pizza in Seattle; it now has 60 units. But a couple of years into the venture, Markham decided he didn’t like the direction the company was taking. So he jumped ship and started Pieology, a Southern California-based fast-casual pizza franchise that will have 110 units by the end of this year. Markham—who’s the first to admit that he doesn’t play well with others—left that concept, too.

Project Pie, which he launched in 2012, finally gave Markham the ability to implement everything he had learned from his other ventures, and allowed him to provide the quality ingredients, atmosphere and culture he wanted. Calling Project Pie the “anti-chain chain,” Markham lets franchisees choose from several décor packages that look more like hip indie restaurants than franchise units. He pays employees well to avoid the turnover that plagues other concepts, and he doesn’t turn away job seekers with tattoos. There’s a custom in-store radio station that plays cutting-edge indie rock.

“Really, we wanted to create a vibe, an experience that didn’t feel canned when you walked in,” Markham says. “We didn’t hire a chef to design our food or PR people to test it. We would just create recipes, and if they didn’t work we’d say, ‘Aw, that sucks’ and move on.”

While Project Pie is gaining momentum, Markham says he’s starting to feel restless again. To that end, he’s working on several concepts under his umbrella company, JM Concepts, that reject the one-item philosophy of just pizza or just burritos. He’s launching Rolled Up, an Asian fast-casual concept, and is working on several others now that he’s transitioned day-to-day operations of Project Pie to senior executives.

“I have three or four concepts I want to do with other people in the next few years,” he says. “This is where it gets fun.” 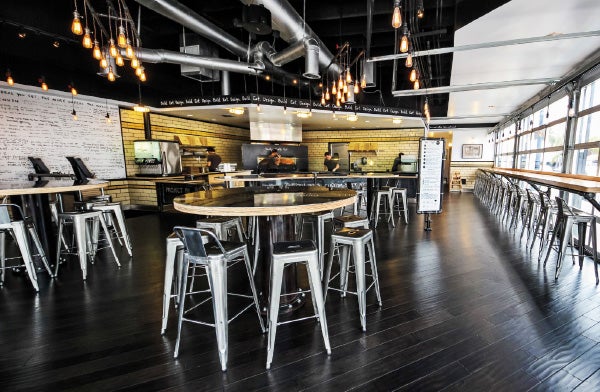