Meet the Franchisee Who's Bringing New York-Style Pizza to Texas

By Carly Okyle November 8, 2015
Opinions expressed by Entrepreneur contributors are their own.

Franchise Players is Entrepreneur's Q&A interview column that puts the spotlight on franchisees. If you're a franchisee with advice and tips to share, email franchiseplayers@entrepreneur.com.

David Martinez is a serial franchisee, first with Ben & Jerry’s and now with Russo’s New York Pizzaria. Before he opened his franchise in 2009, Martinez met with the owner, Anthony Russo, and tested out the menu with his Sicilian mother. She gave her stamp of approval, and the entrepreneurial-minded businessman later opened two additional locations in Mission and Corpus Christi. Get a taste of his experience by reading the interview below. 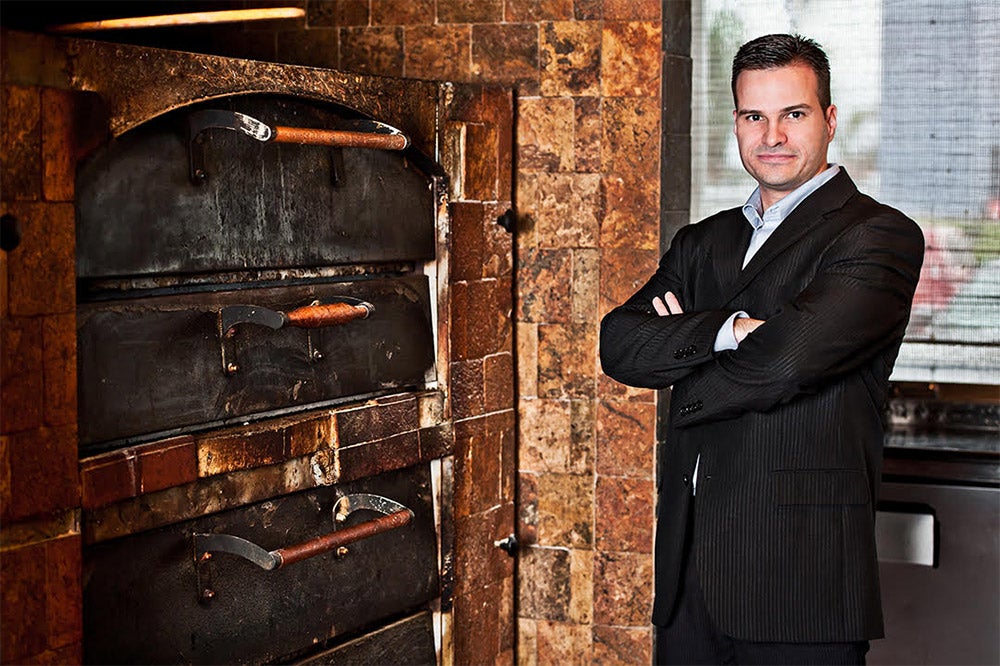 Q: How long have you owned a franchise?
I opened my first Russo’s New York Pizzeria franchise in January 2009.

Related: This Postal Connections Franchisee Is Not Content to Just Mail It In

Q: Why franchising?
I started my career at age 19 when I opened my own smoothie shop, while simultaneously working in my family’s Christian bookstore. I learned from a young age that it is not easy going into business alone.  The smoothie shop was open for about three months before I took over our family business full-time. I quickly realized that without systems in place, it was impossible to manage. Looking back, I felt that if I had gone the franchise route with the smoothie business, I could have managed it much easier (rather than trying to learn the business while working 60-hour weeks at my other business.) I learned how to manage food costs along with labor, which led me into a higher volume opportunity with Russo’s New York Pizzeria.

Q: What were you doing before you became a franchise owner?
I ran my family’s business for almost 10 years before I opened my first franchise. During the same time, I opened a gym that I flipped for a profit in a little over 18 months. That process set me up financially to be able to get into franchising.

Q: Why did you choose this particular franchise?
I first discovered Russo’s New York Pizzeria while doing some online research on franchise concepts. At that time, I already owned a Ben & Jerry’s franchise and was looking for my next move. I was drawn to Russo’s New York Pizzeria because of its high-quality menu items. I took my mother, who is Italian, to Houston to sample the cuisine. We met with the founder, Anthony Russo, who literally prepared dozens of menu items for us to sample. Needless to say, I received my mother’s Italian seal of approval. Six years later, I own and operate three locations in Texas.

Q: How much would you estimate you spent before you were officially open for business?
I was very fortunate when opening my first location because I found a space of a former successful Italian restaurant that had recently closed. I was able to open the first restaurant for under $375,000.  The cost broke down as follows:

Related: This Baskin-Robbins Franchisee Has Made Ice Cream a Family Affair

Q: Where did you get most of your advice/do most of your research?
I did most of my research on franchise concepts on the Internet. I also visited multiple locations in-person to get a better feel for the brands.

Q: What were the most unexpected challenges of opening your franchise?
Although my experience in diverse industries, including fitness, retail and restaurants, has increased my awareness and ability to adapt to many business issues, one of my most unexpected challenges was staffing. At my first Russo’s New York Pizzeria, my staff quickly grew from 15 to 45 employees. It was a challenge to learn how to manage so many people. However, it’s also very rewarding when you build the right team and empower employees to manage themselves.

Q: What advice do you have for individuals who want to own their own franchise?
My best advice is to be ready to work and be passionate about what you do. I am passionate about creating businesses that are successful and profitable, not only for myself, but for my community.  When you are looking for a franchise, make sure it is a concept that you are going to be excited about for the long term -- don’t just pick the first thing you see that you think will make money.

Q: What’s next for you and your business?
As I look to the future, I am eager to grow as a franchisee and franchisor. I am in the process of launching my own franchise called Fire Vapes. I am confident that I have gained the necessary experience as a franchisee to know how to create a franchise that is appealing to entrepreneurs.

Related: When His Franchisor Dreams Fizzled, This Man Became a Successful Franchisee

Carly Okyle is an assistant editor for contributed content at Entrepreneur.com.