The Work Behind Fast-Growing Franchises

By Jason Daley January 22, 2016
This story appears in the February 2016 issue of Entrepreneur. Subscribe »

Some franchise brands seem to pop up overnight, filling every empty storefront in a city. Curves, the women’s circuit-training gym, went from zero to 10,000 franchise units in seven years. Quiznos sandwich shop started in 1981 and had more than 5,000 units by the late 2000s. But franchises that shoot up quickly often come down quickly. Quiznos now has only 2,100 restaurants, closing most of them after franchisee lawsuits and a bankruptcy. Curves is down about 4,000 clubs from its peak after many franchisees found it difficult to turn a profit.

But rapid growth isn’t always a formula for disaster. In fact, many strong franchises reach a point of maturity where rapid growth almost takes care of itself. Jimmy John’s Gourmet Sandwiches, for instance, went from 500 units in 2007 to more than 2,000 today. They didn’t close a single unit in 2014 or 2015, and have plans to add thousands more in the coming years. Ditto for Five Guys Burgers and Fries, which began franchising in 2003 and now has 1,200 locations and another 1,000 in the pipeline.

Here’s the important thing to know about these rapid-growth success stories: It looks as if these brands came out of nowhere, but they didn’t. They spent a long time incubating, perfecting their system and developing a loyal customer base before opening up the throttle. Jimmy John’s spent almost 25 years reaching that 500 mark. Five Guys started in 1986 and perfected their concept before franchising. There are plenty of other examples -- franchise systems that laid down a strong support structure, chose the right markets and partners, and then wowed everyone who wasn’t paying attention. A brand that came out of nowhere? No. It came from a lot of under-the-radar hard work.

Consider the story of Planet Fitness. It has 1,040 units, including almost 200 that opened in the last year alone, and it began in rural New Hampshire back in 1992. That’s when current CEO Chris Rondeau and his partners, the brothers Michael and Marc Grondahl, bought an ailing fitness club in the small city of Dover. But before they opened their doors, they took a hard look at the health club industry. “We realized at the time that 80 percent of the population didn’t have a health club membership,” says Rondeau. “We had to ask ourselves why -- and how do we get that 80 percent off the couch?”

They hit upon a possible answer: Most health clubs were designed for jocks, and many national brands catered to muscle heads or exercise fanatics. But for normal schlubs, gyms were intimidating or embarrassing to visit. So the new gym owners decided to build their model for Joe No-Six-Pack. They stripped out the heavy weights and perks like swimming pools, saunas, spinning classes, daycare centers -- stuff that just added overhead to gyms. Then they packed their 15,000-square-foot space with cardio equipment and circuit-training machines that appeal to beginners and people trying to stay healthy, not get ripped. And because they were in a low-population area, they started with a $10 per month membership fee to get people through the door. Once they’d proven the model, the brand grew steadily. 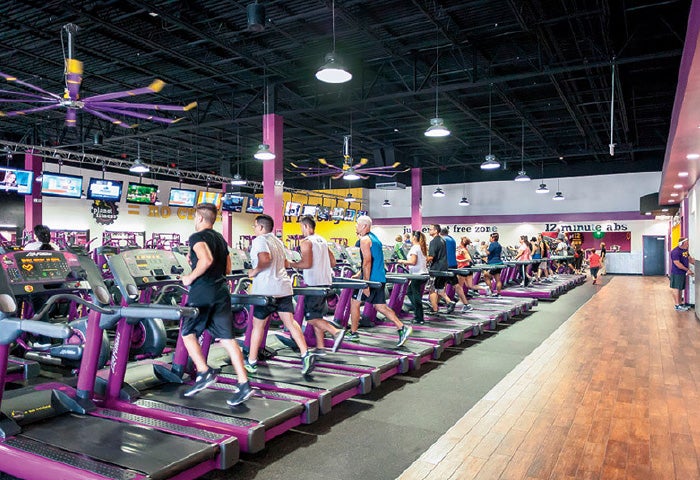 In the last few years, Rondeau says that growth has become supercharged -- and it’s due to happy existing franchisees who are successful with their current units and are choosing to open more gyms. In fact, the brand has only 180 franchisees operating 1,000 gyms -- a great deal for Planet Fitness, which gets a core of highly experienced operators. “They help us run stronger and fine-tune the model,” Rondeau says. “The snowball is picking up speed. I think it’s possible for us to reach 4,000 units in the U.S.” Planet Fitness already has commitments to build another 1,000 units.

Other brands are succeeding for different reasons. Mac Tools is one of them. The Stanley Black & Decker-owned mobile brand that sells tools to automotive-repair shops recently began rethinking who might be a potential franchisee. They typically pulled from the auto industry -- usually mechanics who are tired of the long hours and dirty work and who want to run their own business. But once Mac Tools started advertising on franchise platforms and canvassing their current owners to find strong leads, they discovered a whole new range of potential partners: pharmaceutical reps, bread-route drivers and others. With them, Mac Tools has managed to add 100 units in each of the last two years.

“We have a good story and this is a comfortable business for people that haven’t started a business in the past,” says Andrew Scott, Mac Tool’s franchise sales manager. “We have really strong back-end support and one-on-one training.” Mac actually prefers to deal with single owner-operators and prides itself on the fact that it can help those often-inexperienced franchisees become successful business owners. The brand has invested in extra field staff to help the newbies understand things like cash flow and inventory. And that’s helping growth continue apace: Scott says Mac hopes to add 180 or 190 units in the next year and will concentrate on taking market share from competitors in strategic territories.

Another fast-growing company found success by lifting an administrative burden from its franchisees. “We support the financing of all the payrolls of the individuals we hire,” says Bob Funk, CEO of Express Employment Professionals, a staffing franchise he’s owned since 1983. “That means franchisees don’t have to go out and deal with bankers. We handle all the communications and marketing and all the motivational materials. And that’s key. We want franchisees who are determined to help as many clients as possible. We’ll take care of the other parts of the business.”

Express Employment has 756 units now, with 220 of them opened in the last three years. His goal: get to 900. To reach that, he’s also ramped up recruitment efforts, with aggressive social media and advertising campaigns. But the company’s growth primarily comes from its franchisees: Express has a retention rate of 97 percent, and 40 percent of new franchisees come from referrals by current owners. “Many of them are employees and associates of franchisees -- and even their clients,” says Funk. “A lot of people from big corporations come to us and they’re dissatisfied with the politics and money motivation. They want to get into a business where the motivation is helping people.”

At Pop-A-Lock, major changes in the business sparked a big growth -- adding more than 130 units to its 500-unit system in two years. Since the brand began franchising in 1994, it has evolved from a locksmithing service specializing in opening car doors to a security firm that works on electronic access for buildings, CCTV, rekeying smart keys, commercial automotive security and other services. That has drawn a very different kind of franchisee. “In the beginning we used to get local entrepreneurs who might go out and unlock doors with their teams,” says CEO Don Marks. “Now we tend to get more ‘empire builders,’ who want to be CEO of a medium- to large-size entity. They are growing our system quickly.”

And like other franchisors whose brands are able to sustain rapid growth, Marks says it’s critical to offer support to franchisees. He provides a 24/7 hotline for any tech who runs into problems. An in-house marketing team keeps the company in the public eye. In twice-a-month calls -- sometimes more -- he coaches franchisees on how to build their business. And soon enough, Pop-A-Lock hopes, it’ll be one of those crazy-booming companies: A Pop-A-Lock on every corner, seemingly having sprung from nothing, but actually the product of a lot of work when the masses weren’t yet watching.