It's not just a Seattle thing.

By Jason Daley March 7, 2017
This story appears in the March 2017 issue of Entrepreneur. Subscribe »

Joe Beaudry was combing Seattle for a way to decompress from his high-stress job. This was back in 2011, and he’d heard of “floating” -- shorthand for going into a water-filled sensory-deprivation pod. The only one he could find was in some random guy’s spare room, and bravely, he gave it a try. “I left there feeling incredible. My head was clear, I was focused, I could even see better,” he says. He was convinced more people needed to try floating -- just not in random rooms.

Related: Calm Down and Take These 7 Daily Steps to Deal With Stress

This wasn’t exactly a new idea, though at the time he didn’t know its backstory. Back in the 1960s and ’70s, these tanks were all the alternative medicine rage. Practitioners floated in complete darkness and silence in giant tubs of Epsom-salt-saturated body-temperature water, claiming it promoted deep relaxation, better sleep and pain relief. But the movement fell apart when its inventor, John C. Lilly, started taking LSD while floating and claimed to encounter beings from other dimensions. The tanks more or less disappeared by the 1980s. But now, decades later, they seemed ready for a new generation.

Beaudry connected with Scott Swerland, a friend of a friend who runs 90 tanning salons, and the two launched their first three-pod Urban Float location in 2013. It took off -- the pods were booked 22 hours a day. They opened two more locations after that, and in 2016, they followed with their first franchise unit in Vancouver, Wash. Now they have deals to open six locations in Houston and plans for national expansion.

Is this an actual trend or just a Seattle thing?
Beaudry: When we started, there were maybe a dozen legitimate float centers in the country. Now there are probably 100, most of them mom-and-pop operations. I go to a float conference in Portland that has doubled every year since 2011. The caliber of the people getting into floating is going up.

Related: Check Out This New Way to Relax and De-Stress 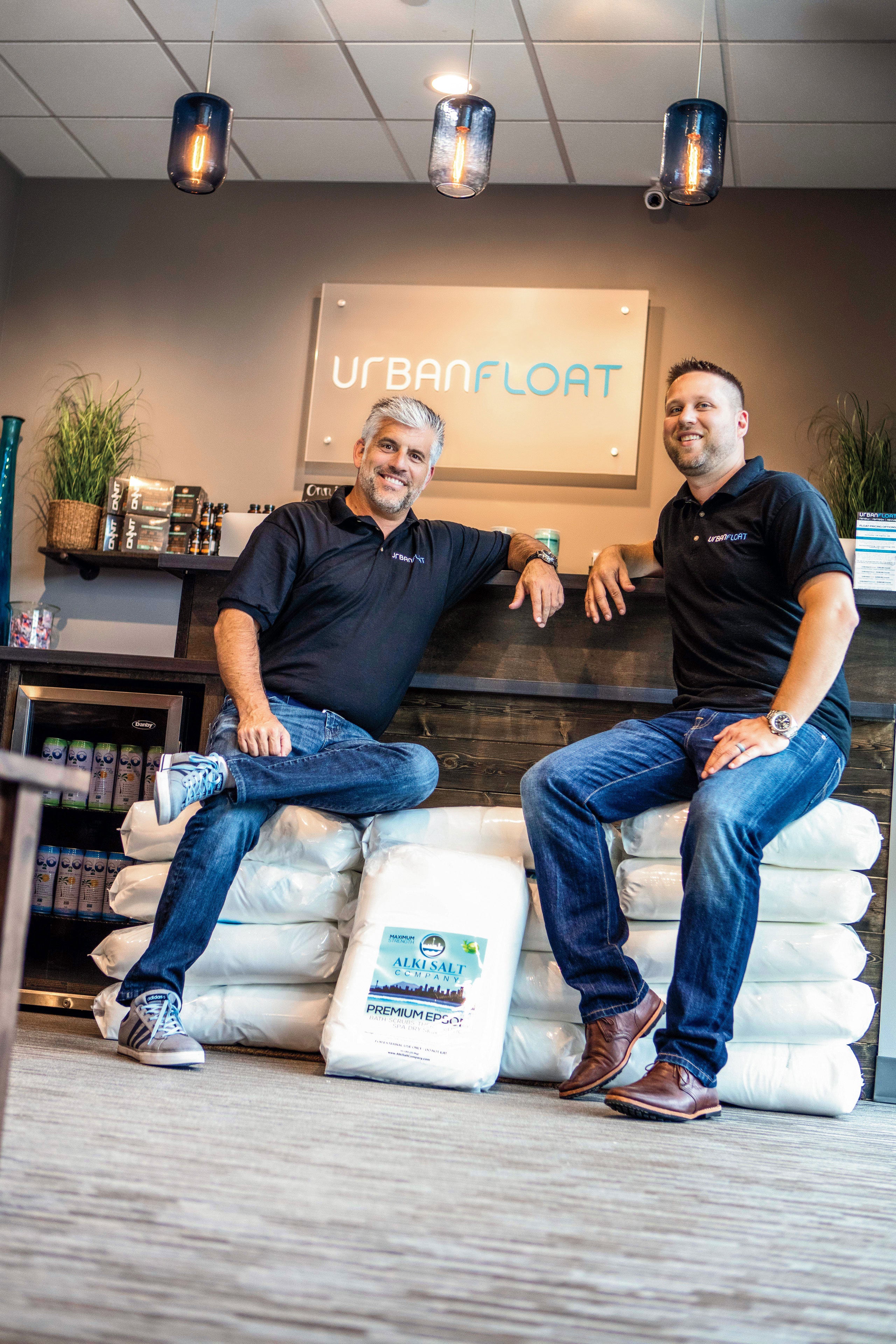 Who is floating? Only alternative medicine advocates?
Beaudry: It used to be considered a holistic type of thing, but people are starting to recognize real benefits and to do it regularly. Steph Curry of the Golden State Warriors floats, Olympic gymnast Ali Raisman floats and both teams in the World Series this year have float pods in their locker rooms. We have a concert pianist who floats and writes music in his head. You can see him in the post-float room writing it down.

Swerland: We have CEOs and tech guys from Amazon and Microsoft who want to relax and think. We had a guy running a huge construction company coming in twice a day for a while. It was the only time he could unplug from his cellphone, employees, kids and Facebook. He said he’d been sleeping only four hours a night, but after floating he could sleep six or seven.

So is Urban Float nicer than a dude’s back room?
Swerland: We’ve designed a really clean, upscale facility similar to a spa. Our pods are sleek and sexy and look like they came out of the Apple factory. Other float pods are square boxes that look like meat lockers. I personally wouldn’t want to get into a freezer and shut the door.

Beaudry: Between every guest, the water goes through a two-stage filter and we then hit it with UV light to kill microbes.

Have either of you reached another dimension floating?
Beaudry: I just float for clarity and stress relief and to unwind.

Is Food And Beverage Franchising Right For You?