How Stressed-Out Parents Are Creating Huge New Opportunities for Franchisors

Parents need a lot of help holding it all together -- and increasingly, they're getting that help from franchises.

By Jon Marcus January 18, 2018
This story appears in the January 2018 issue of Entrepreneur. Subscribe »

It’s a weekday morning and Howard Mierau’s 2-and-a-half-year-old granddaughter is paddling in a heated pool at the Goldfish Swim School franchise in Needham, Mass. The blond-haired, blue-eyed toddler, clad in a baby-blue swimsuit, spends two or more mornings a week here learning water safety and swimming techniques, while her grandfather watches from the tiki-themed viewing area. And when they’re not at Goldfish, they’re at another franchise, Gymboree Play & Music.

Related: 5 Affordable Franchises You Can Start for Less Than $10,000

This all looks quite different from when Mierau raised his own daughter decades ago. Back then, his wife stayed home while he worked as a computer programmer. But that daughter grew up, got married and had a child of her own -- and because she and her husband work full-time and wanted to make sure their daughter is fully occupied and looked after, Mierau began commuting from his home in Tampa to help out. “[Her parents] want her to be happy, they want her to be healthy and, yeah, they want her to be exposed to other kids,” Mierau says.

Which is where the franchises come in.

Franchisors have always tried to find and respond to unmet market needs -- say, the urge to grab a quick meal when you’re on the road. But these days, some of the greatest unmet needs are coming from a growing population called the sandwich generation. Defined by Pew Research as people with kids under 18 and parents over 65, and who increasingly work full-time, this generation represents an unprecedented social and demographic shift that is driving growth across the economy -- and, by extension, the franchising landscape.

The shift is easily visible on our Franchise 500 list. Parents of young children are turning to franchises like Goldfish Swim School (#55), Primrose Schools (#27), Kumon Math & Reading Centers (#20), School of Rock (#163) and trampoline park Sky Zone (#81) for children’s enrichment and entertainment, while at the same time relying on companies like Right at Home (#49) and Nurse Next Door (#50) to care for their aging parents.

Behind this growth are several intertwined demographic trends. The average age at which women have a first child is the highest on record, the Centers for Disease Control reports, with more of them waiting until their late 30s or early 40s to start families. And nearly half of couples both work full-time, up from fewer than a third in 1970, according to the Census Bureau, driving businesses that give children something to do on the weekdays and after school, when kids once stayed home and played. (Franchises also help parents cut down their children’s screen time -- and their guilt about it.)

Older moms and dads are further removed from their own schooling than their parents were, too -- which, in a hypercompetitive age, can be a source of anxiety. “They look at their kids’ homework today, and the methodology for getting to the answer is completely different,” says Frank Milner, the president of Tutor Doctor. “There’s just this drive to give our kids every advantage we possibly can, to give them the best shot at success in life.” 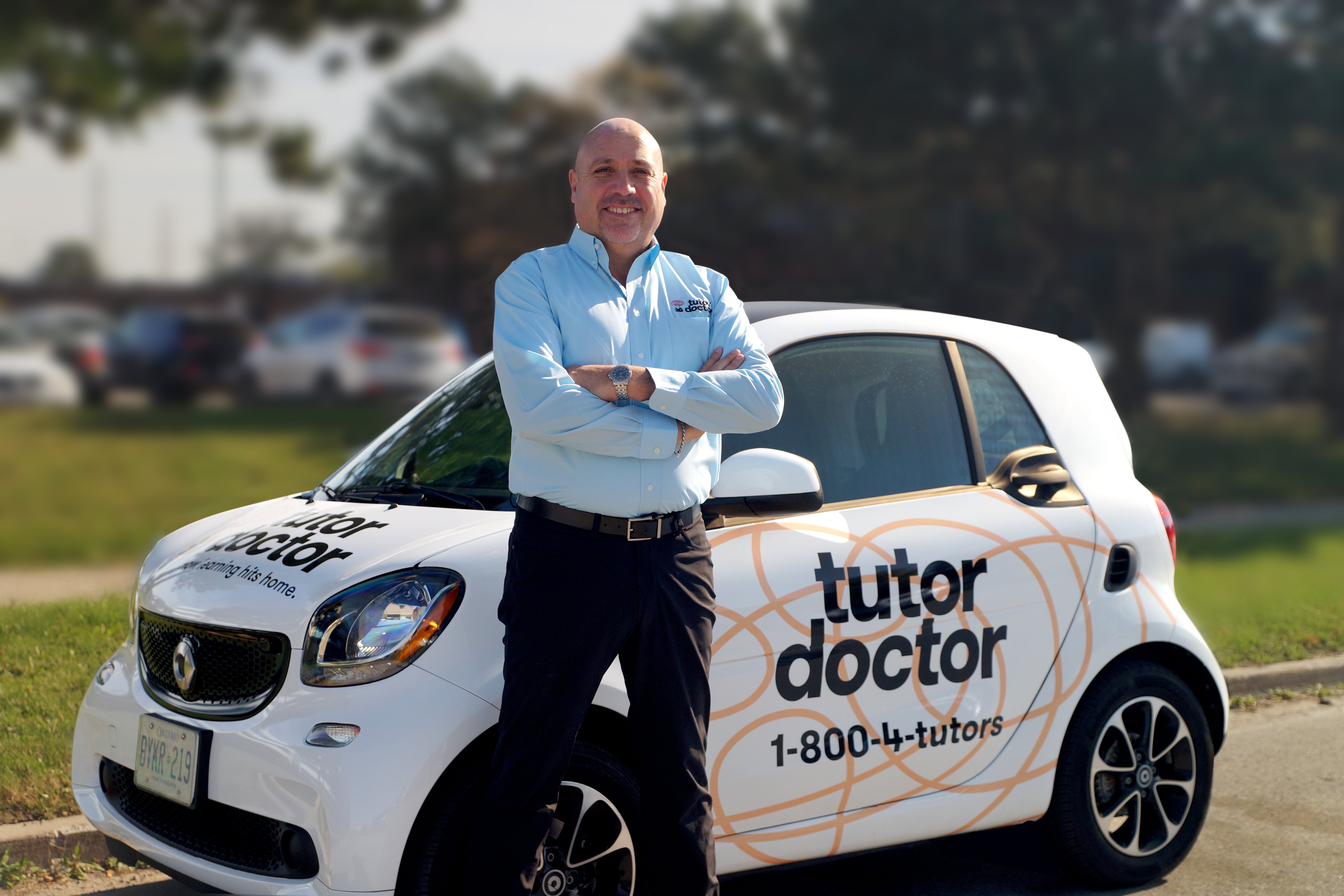 The franchised elder-care industry is seeing a similar explosion in growth. Some 10,000 Americans are turning 65 every day, Pew estimates -- a trend known as “the silver tsunami” -- creating a vast market of more than 74 million seniors needing home healthcare and other services.

“The demographic part of this is huge,” says Peter Ross, cofounder and CEO of Senior Helpers, which offers services that range from light housekeeping to personal care. “You have all these trends happening -- people aging at record levels, people living longer, people wanting to live at home, parents working two jobs.”

These social shifts are also creating a surge of business for home-services franchises. “It’s not the traditional family where one parent worked and the other stayed home and the father was a very handy guy,” says Mike Bidwell, president and CEO of Dwyer Group, which owns Mr. Handyman in the U.S. and 12 other home-services franchises, nearly half of which it acquired since 2010. Now his customers are often affluent parents who need hired help around their house. “Whether they can do it or not, they don’t have time. And many younger people can’t do it. Many don’t even own a hammer.”

Which, of course, is good news for him. 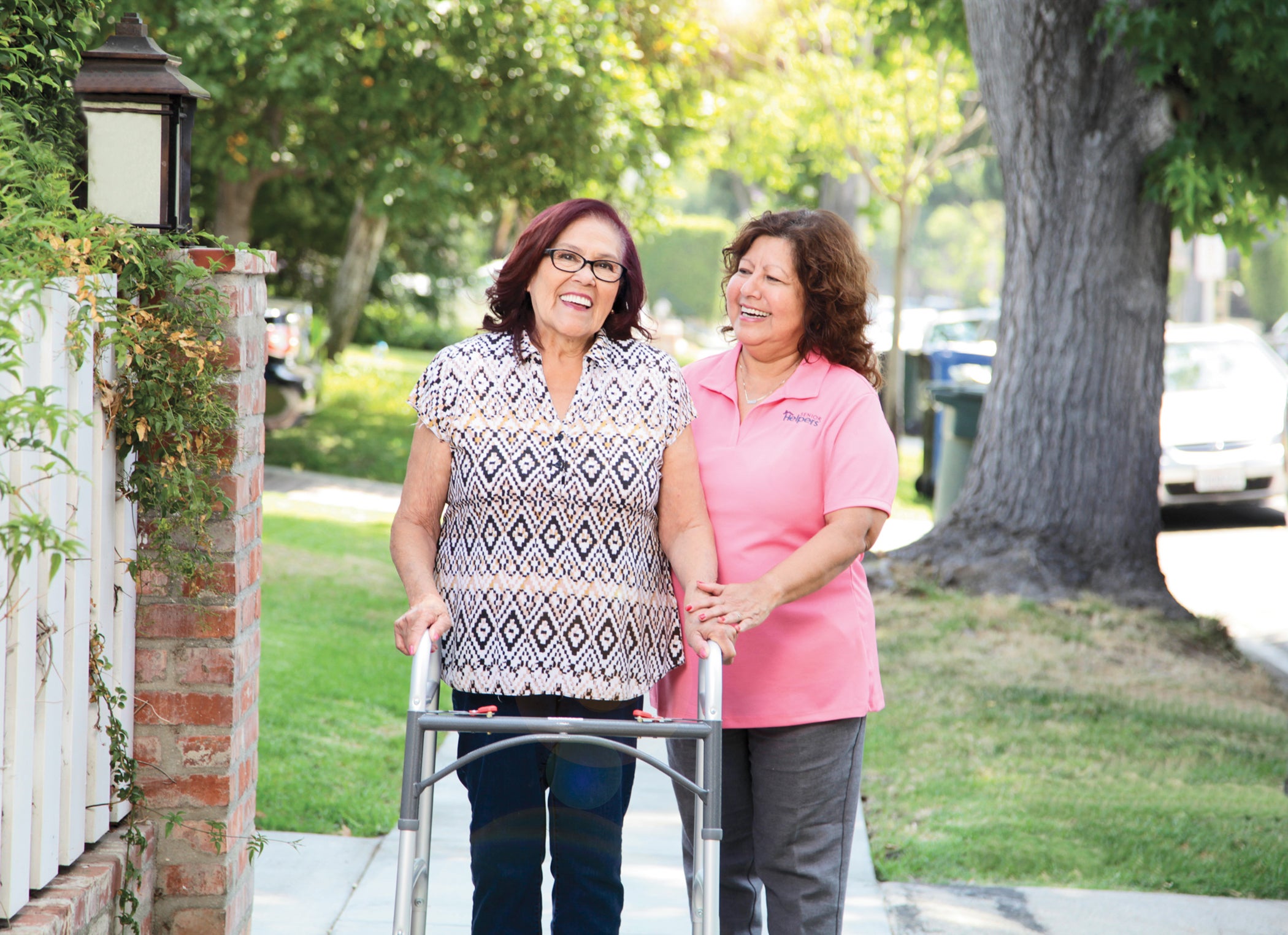 Social shifts may be creating new business opportunities, but those opportunities aren’t seized on their own. The most forward-thinking franchisors are heavily investing in data- tracking age, household income, education, professional status and other characteristics of potential customers on an almost house-by-house basis, to gauge demand to a degree that wasn’t possible before.

Senior Helpers, for instance, uses data about age and earnings to pinpoint where that silver tsunami most needs services -- creating maps of territories with at least 20,000 people 75 and older (clients are, on average, in their early eighties) who have collective household incomes of $400 million. This takes some of the guesswork out of growth, says Ross, who has a sales and marketing background. The way he sees it, franchising offers the fastest way to capitalize on this data.

“Data plays a huge role,” says Milner of Tutor Doctor, which helps parents keep their children on academic track and gives them a leg up in the all-important college application process. “There is a ton more data available today than even 10 years ago when we were getting started.” This sort of data mining has helped the company expand from 41 franchises in the United States and Canada to more than 500 in 15 countries since 2009, with plans to add 100 more next year.

Goldfish, meanwhile, tracks the age of parents, age of children, driving distance to potential locations and retail and educational spending habits. It has more than doubled the number of locations since 2015, to 57.

Demographics and data can’t be destiny for everyone, however. Some experts warn that dramatic generational and social changes are luring more franchisors into a market that threatens to go from underserved to overcrowded. Ross is already seeing it; he says 40 new senior home-care franchises have cropped up since he started his in 2002. And by growing to 311 locations globally, adding an average of three to four a month, Senior Helpers itself is adding to that market saturation.

“A lot of people are coming to the same conclusions,” says Nick Neonakis, CEO of The Franchise Consulting Company and author of The Franchise MBA. “So now everybody’s fighting over those 10,000 people a day” who are turning 65 in the United States.

Because many “sandwich generation” franchises provide care directly to people -- whether they’re children being tutored or elders being helped at home -- they have to also contend with an ever-changing regulatory landscape. Regulations and safety standards may change, or vary in different states, and particularly in elder care, franchisees face a shortage of trained caregivers. “It’s definitely a huge category. But not an easy category,” Neonakis says.

Data may also have an unexpected downside for franchises: It enables a lot of strong competition. Because franchises are generally run by locals who have solid knowledge of their laws, people, culture, real estate and demographic trends, the franchise industry has typically connected with communities better than nonfranchise corporations. But Todd Saxton, an associate professor of strategy and entrepreneurship at the Indiana University Kelley School of Business, thinks data could change that -- giving centralized corporations the same window into local needs that franchises have traditionally had.

“In some ways that trend toward the use and availability of data is counter to why franchisors have historically used the franchise model,” Saxton says. “They had to rely on the franchisees for knowledge about, for example, what neighborhood to put the McDonald’s in.” 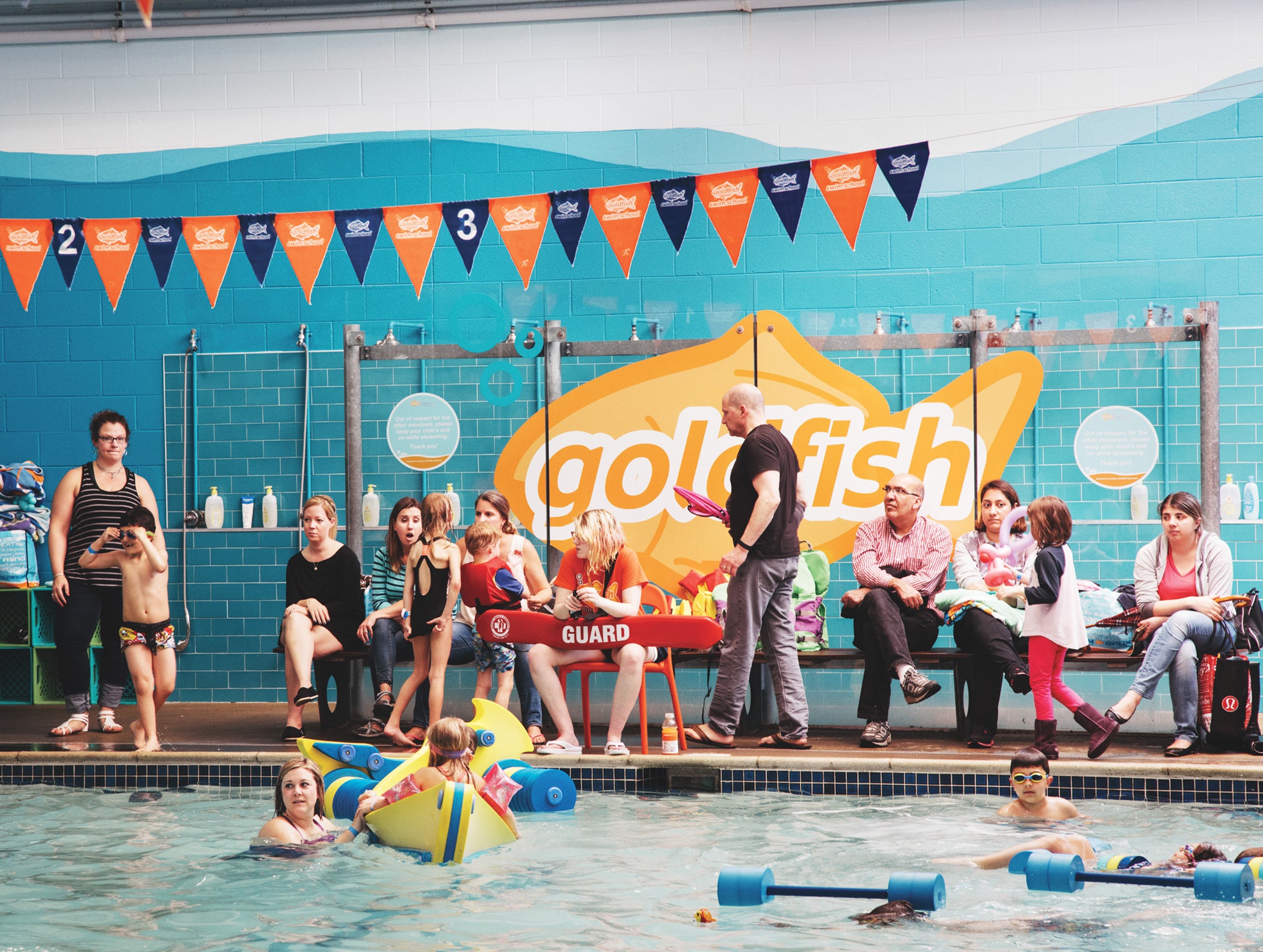 Back at the Goldfish Swim School, there are no suggestions of such a looming menace. The loudest noise is the happy splash of kids in a pool, against the backdrop of a colorful mural of sea life. Several of the moms here are using the opportunity to telecommute on their laptops while their kids are in class.

Related: How These Franchisees Turned to Overlooked Talent to Grow Their Business

Julie Steinkrauss isn’t on a laptop. She’s here with her 3-year-old, Jackie, who wears a giant backpack and Mickey Mouse swim clogs. These weekday morning lessons free up Steinkrauss to spend time with her daughter, since she is so busy the rest of her days chauffeuring her three older kids to dance, SAT tutoring and basketball.

“I like that it’s so flexible,” she says. “I can come in the morning and be available for the other kids in the afternoon -- and for parents who work, it’s open on the weekends, too.”

At that, Steinkrauss pauses, a little ambivalent about how the world has changed. Her life, she says, is “definitely more hectic than our parents’ lives were.”

Want to Franchise Your Business? Here Are 5 Key Things to Consider.