Young Customers Want Instagram Engagement. What's Your Brand Doing to Get It?

Has your food business invented something along the lines of a Cronut or a ravioli and peanut butter and jelly sandwich? Once you do, your younger customers will promote it for you.

By Sarah Austin July 3, 2018
Opinions expressed by Entrepreneur contributors are their own.

The "Cronut" became a viral sensation that began in 2013 at Dominique Ansel Bakery when its staff invented a half-doughnut, half-croissant hybrid at the Spring Street outlet in New York City's busy SoHo neighborhood.

Related: The Definitive Guide to Instagram Analytics: So Much More Than Just a Pretty Picture

Customers started snapping pics of the delicious "Cronut" and posting about it. The bakery group (with outlets in New York City, Los Angeles, Tokyo, and London) actually patented the name.

And within days after this sweet treat's debut, New York natives and tourists were willing to wait in lines that wrapped around the block, just to score a taste of the viral Internet sensation.

News media began reporting that the $5 pastries were selling on the black market for $40 apiece. Actress Emma Roberts tried to cut the Cronut line and confessed to her faux pas on Jimmy Kimmel. And the bakery offered 1,000 "Cronut Hole Concretes" at Shake Shack's Madison Square Park location in New York after partnering with that fast-food chain, which does $300 million a year in revenue.

Customers were lining up in Madison Square Park at 4 a.m. -- and a big reason was the Cronut's presence on Instagram and other social media.

Franchises, small business and Fortune 50 brands have all jumped on the social media marketing bandwagon. According to a study by Zizzi, millennials aged 18 to 35 spend a cumulative five days a year browsing food images on Instagram, and 30 percent of those surveyed said they would avoid a restaurant if it didn't have a decent Instagram presence.

Going viral on Instagram overnight has become more common; and, overall, the platform's marketing efforts have been proven to drive food business sales, because of millennials' reliance on Instagram for their dining decisions.

Social media marketing is having an impact.

When it comes to deciding where to focus marketing efforts, small businesses' major trend should be social media marketing, especially ads on Instagram. The primary reason? It's easy to track digital spend with analytics. And the trend is growing: "Social media ads, on-demand services, programmatic ad-spend and influencer marketing are all projected to grow 20 times over their current presence over the next 10 years." Jim Sellers, CEO of Buttrfly, the blockchain-based influencer and marketing platform, told me.

Of all the social networks right now, Instagram is by far the powerhouse when it comes to influencer marketing opportunities for restaurant franchises and small businesses.

In the former category, the franchise chain Applebee’s International reports $5 billion a year in revenue. It also recognizes the importance of Instagram and social media marketing. Consider, for example, its “Fantographer” campaign in 2014, which featured “Applebee’s experiences.” The chain encouraged followers to upload pictures of their dinners: a food pic, selfies taken inside the restaurant and photos that capture their experience at the restaurant.

With the permission of the customer, @Applebees then uploaded these images -- with photo credit -- to its customers' Instagram accounts. The Applebee’s campaign accomplished several things: First, it led to a 25 percent increase in engagement; and it tapped into the popularity of food pics on Instagram, allowing customers to get involved, gather user-generated digital assets to the company and encourage brand advocacy.

After the three-month campaign ended, the company not only gained thousands of new followers, but real and active customers who were already engaged with the restaurant started following the company for the first time. This was an example of taking an experience in the real world and putting it online to create awareness to drive more real world connected experiences.

The reasons behind the campaign's success were clear: Customers follow and engage with the brands they love on their preferred digital networks. Millennials in particular talk and coordinate going out to eat with their friends through Instagram Messenger and in comments on posts.

As a result, many restaurant businesses are adapting to millennial consumer habits by creating experiences specifically designed to motivate customers to take pictures.

Brands just have to be creative in their social media content. With the restaurant business, that creativity involves creating an Instagramable menu. Viral sensations to date have included the Cronut craze, ravioli and peanut butter and jelly sandwiches and Cinnamon Toast Crunch cereal milk cocktails. All have resulted in the following valuable takeaways.

Instead of traditional media, buy and focus on social media marketing.

Jeremy Fall is a restaurant entrepreneur who is also “Insta-famous.” He posts images to his Instagram almost every day to his 150,000 followers. His profile highlights pics of him eating food, cooking and meeting his customers from his Nighthawk restaurants (located in New York, Los Angeles) and Chicago. On social media, it’s easy to sense when someone is authentic or not. 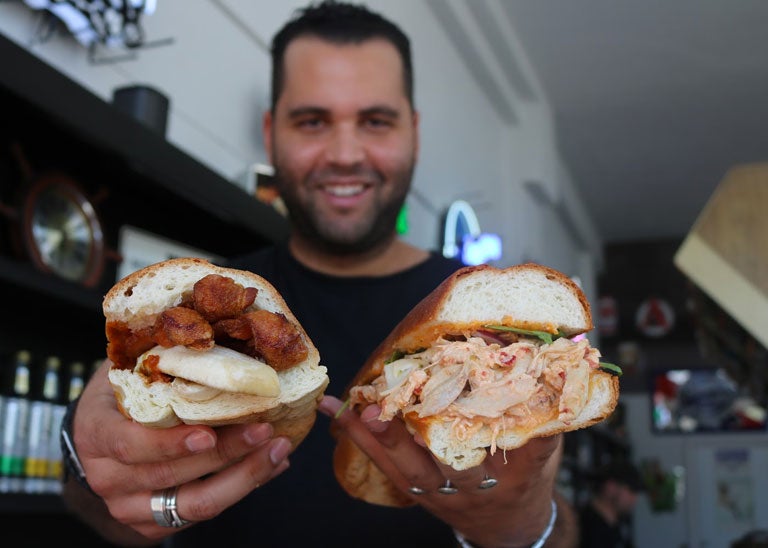 It's also more difficult to track sales funnels from ad spend in a print magazine than to track clicks through to a website. Many early retail and ecommerce entrepreneurs have chosen to buy social media ads on Facebook and Instagram instead. But consistency is key: It’s best to continuously post content to your business’s social media channels, to stay relevant.

Get creative ideas and inspiration from your customers.

Treat all your customers like the food critics they are. If a customer dines at your restaurant and takes a food photo, your staff should be on notice to give that person special customer service. Just as Applebee does with its photo accreditation, your staff should reblog the (amateur) photographer's picture on your company Instagram account and give him/her photo credit.

For example, Mr. Holmes Bakehouse (located in Seoul, San Francisco and L.A.) has 109,000 followers on Instagram because it follows the Applebee’s social media strategy. The bakery recently made a post of its croissant that is also a muffin (and hopes to be the next Cronut). The picture in one Holmes Bakehouse post displays an easy-to-hold muffin bottom topped with a croissant and a caption reading, "We’ve been pushing calories from day one.”

Collaborate with other Instagram influencers within your follower range.

Collaboration is crucial for social media marketing growth. If you want more followers, think about collaborating with other Instagram influencers who blog about similar topics. Restaurant owners, celebrity chefs and consumer brands want to collaborate to not only attract more followers but also, of course, to sell more food.

An example: Fall, the insta-famous restaurant owner, used his creativity and leveraged his instagram account to collaborate with Mr. Holmes Bakehouse. Both have a following in the same 100,000-to-150,000-follower range. Success with the social platform can be about partnering with a major brand like Applebees, or a another small business that brings 460,000 followers to the collaboration. What works well is collaborations on menus involving celebrity chefs, and partnerships with restaurants that have similar follower numbers.

Nostalgia ties well into social media because it’s a way to evoke emotion digitally, which is extremely challenging to do behind a screen.

Fall did two collaborations with Mr. Holmes Bakehouse. One was three flavors of spiked-cereal milk doughnuts done in partnership with American Express. The second was a Cuban sandwich–inspired croissant called “Just Try It.’” 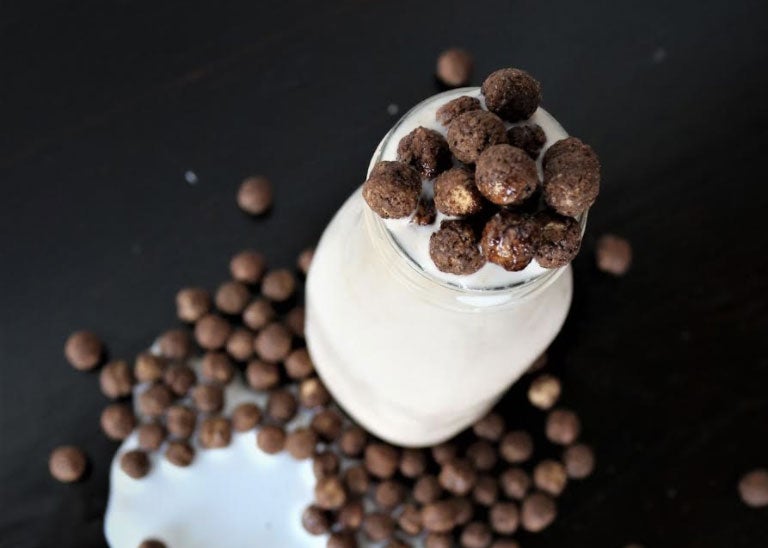 Create experiences for the consumer and be photo-ready.

Besides encouraging customers to Instagram his restaurant's Cinnamon Toast Crunch, Fruit Loops and Cocoa Puffs Cereal cocktails, Fall advises restaurant entrepreneurs to host an Instagram booth (a space, found at retail outlets, with a print station where guests can take their pictures home or upload them to instagram).

“Creating Instagrammable spaces and dishes isn't the sole goal anymore, like it was a couple of years ago," Fall told me. "The challenge in the hospitality industry is to utilize technology in a way that manages to create emotion for the consumer."

Visual art gets created, and validated by, people's phones, the restaurateur said. "People spend their days tagging each other and staring at beautiful photos of food as much as they look at Drake memes," he said. “It's about finding a way to capitalize on the massive reach potential without making your consumer feel disconnected."

To evolve and meet new cultural and generational demands that allow a food business to survive in a competitive market requires knowing your customer and following what I call "the 5 P’s of social media marketing":

1. Product: Make your food's presentation something millennials can love. I asked Fall what he does to reach out to younger customers. “Ranging from the height of each seat," he said, "to the layout, to employee uniforms, to the way our dishes look, our cocktail selection, to the music and lighting, every component is made to work as one. My goal is to deliver something that people can't get anywhere else."

2. Price: Charge what the customer is willing to pay. People didn't know they wanted $7 coffees until $7 coffee was invented. What makes the whole package unique is the layer of substance created through the history of what you're consuming, to the delivery of the product within the aesthetic of where you're consuming it.

4. Place: Be in the right spot in an urban setting. Hyper-local ad-targeted ads on Facebook, Twitter and Instagram makes sure you're reaching the right customers who may have not heard about the restaurant before.

5. People: Meet millennials where they are. Millennials are driving consumer spending, so use your brick-and-mortar storefront to attract the social media millennial generation.

Today's market for restaurant entrepreneurs is significantly different than it was 10 or even five years ago. Today's patrons, especially millennials, look for a personal connection to what they consume. Authenticity has never been as important as it is today.

That quality may not be obtainable in traditional restaurants created by rooms of suits sited within massive corporate chains. People today want more than just food: They want a story; and millennials are willing to pay more to get it.

Related: 11 Ways to Make Your Next Instagram Marketing Campaign Dazzle

Your goal should not be as much about going viral as creating Instagrammable moments. Franchises and restaurant entrepreneurs, take notice: The future of your company depends on the demands of your tech-savvy customer.

Is Food And Beverage Franchising Right For You?