KFC Is Launching a Cheetos Sandwich Across America, and It Represents a Massive Shift in the Chicken Chain's Strategy

The sandwich hits menus across the U.S. on July 1.

KFC is rolling out a fried chicken sandwich with Cheetos on it at locations across America.

Starting July 1, KFC is launching a fried chicken sandwich with a layer of Cheetos. In addition to the "pinch of the thumb, index and middle fingers" of Cheetos, the sandwich also features Cheetos sauce and mayo.

The sandwich will only be available for four weeks, and represents a new strategy at KFC. The chain is planning to launch more new menu items in 2019 than in the prior five years combined, Kevin Hochman, the president of KFC's U.S. business, told Business Insider earlier in June.

"There's a foot in this old world of core chicken and sides ... But if we really want to attract a younger customer it can't just be about fun advertising and fun stunts," Hochman said.

"That's really why we said we're going to double down on innovation and try to figure out how we bring some new recipes to the restaurant," Hochman added.

Other recent fruits of KFC's new menu strategy include chicken and waffles and Cinnabon biscuits. KFC previously tested the Cheetos sandwich in a handful of markets earlier this year.

Hochman said KFC has three main factors it considers when it comes to new menu items: They need to be something people can't get elsewhere, they usually are collaborations with other major brands (such as the Cinnabon dessert biscuit), and they have to be affordable. 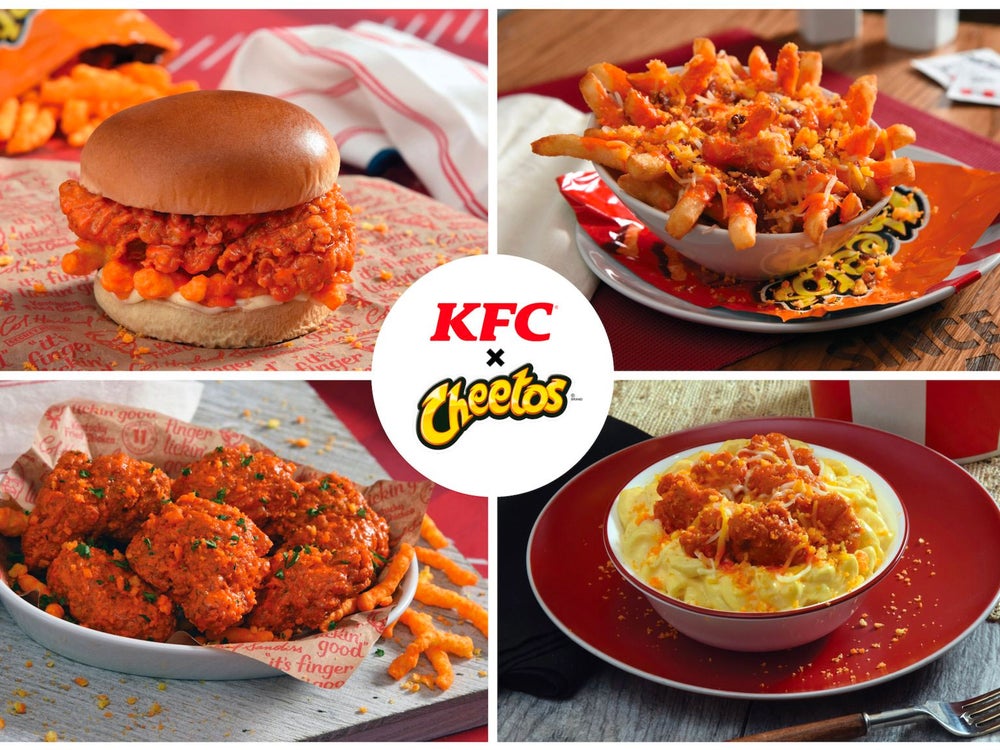 To celebrate the launch of the Cheetos Sandwich, KFC is holding an event in New York City featuring other Cheetos-inspired dishes. Menu items include Cheetos-fied KFC Hot Wings, Cheetos Loaded Fries, and a KFC Mac and Cheetos Bowl.

Kate Taylor is a reporter at Business Insider. She was previously a reporter at Entrepreneur. Get in touch with tips and feedback on Twitter at @Kate_H_Taylor.