For a College Project, He Envisioned a Seafood Boil Business. Then He Graduated and Turned It Into a Franchise.

By Chloe Arrojado July 6, 2021
This story appears in the July 2021 issue of Entrepreneur. Subscribe »

Outer Banks Boil Company has been serving seafood boils for a decade, but its original purpose wasn't to feed anyone. It was just to get Matt Khouri a good grade in college. The concept began as a senior project, which Khouri didn't think would work in the real world — but it had more potential than he imagined. Since opening its first brick-and-mortar in 2016, the company has grown to four corporate locations with a fifth one on the way, and in 2020 the seafood catering-and-takeout business started pursuing franchise-driven growth. The concept turned out to be perfectly suited for the pandemic, thanks to its small real estate footprint and carryout and catering-only options. That helped stores continue operating on a 30% profit margin. Now that the company has sold seven franchise locations, Khouri reflects upon the hectic year, and what's in store for the future.

Your company came from a senior project. That's not something many people can say.

It's funny; I didn't actually ever think [the business] was going to work. It was a flawed project. But I turned it in when I was at school, got a passing grade, and decided to start it right out of college. I moved to the Outer Banks in 2012 after graduating and started Outer Banks Boil Company out of my apartment. At first, I had two full-time jobs, and I was doing the boils on the side. That first year I maybe did 10 caterings. The next year was about 30 caterings. The year after that, it was about 60. And then in 2015, we did about 250 caterings. In 2016, I decided to actually make it a career and opened my first location.

Related: The 8 Things You Need to Know If You Think You're Ready to Turn Your Business Into a Franchise

How did you know when to start franchising?

Early on, I did corporate locations with college buddies and friends I had known through working together. To be honest with you, I ran out of homies who I wanted to do business with. Right around that 2019 mark is when we started to explore franchising, and we learned as much as we could. Then 2020 is when we started our sales push. The first two franchise stores we sold were Charlottesville and Virginia Beach, which happened at the end of February. Then literally two weeks later, the lockdown started. 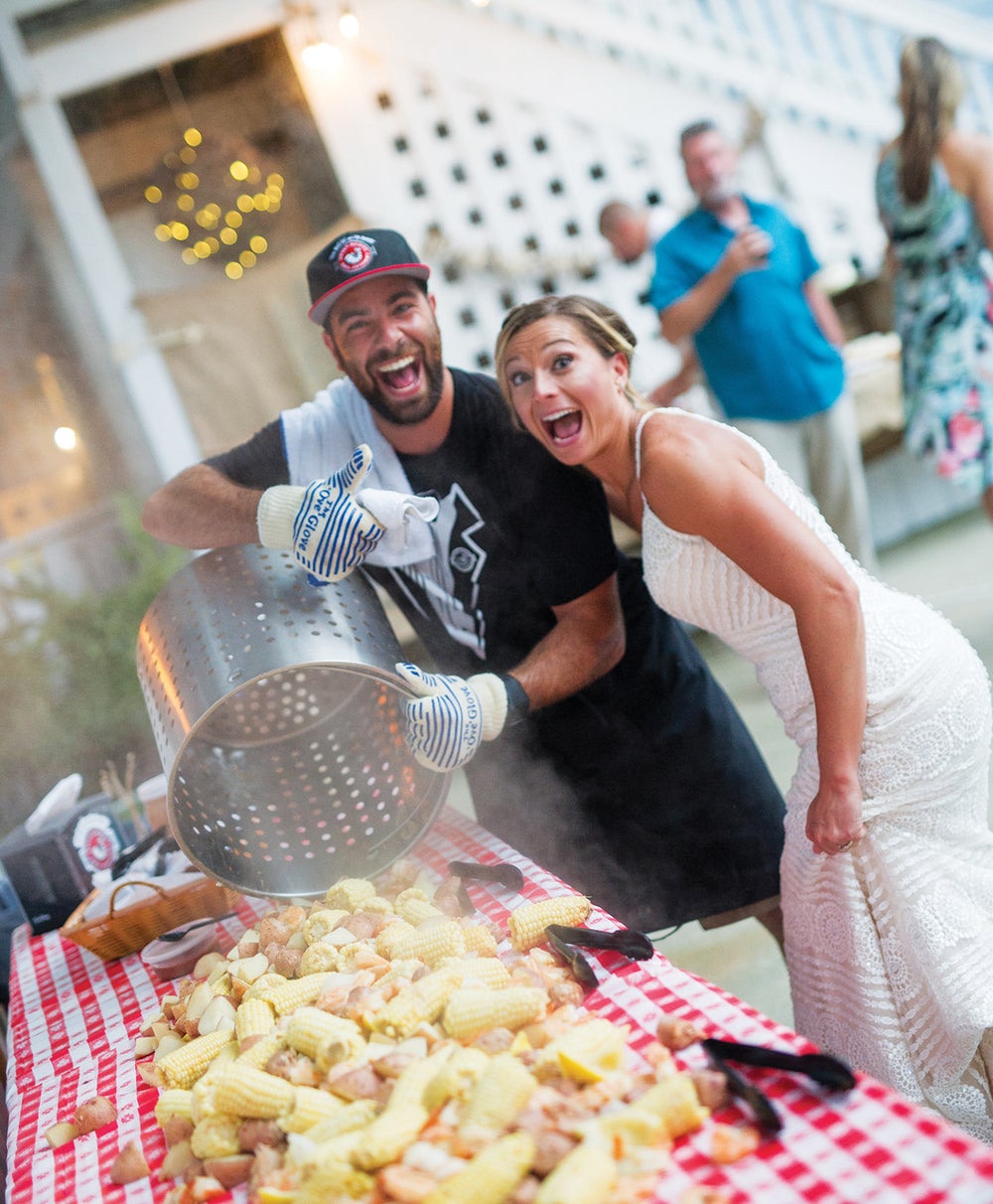 What was the process of starting and adjusting the franchise program during the pandemic?

Trying to adjust in 2020, getting into the franchise space and closing our first deal with those guys — we were kind of learning on the fly. As soon as the initial lockdown let up, we were able to get our franchisees down here to the Outer Banks for their initial training. Luckily, our first franchisees were very familiar with our business, so they had the context prior to the pandemic. Once things opened back up, we were able to get them going.

Related: One-on-One Consulting Is the Future of the Beauty Industry. This Company Creates Spaces for Solo Stylists, and Business Is Booming.

How has this experience with your franchisees impacted you?

The pandemic opened my eyes to the necessity of being able to communicate, and not necessarily doing it in person. We've shifted to biweekly calls with all our franchisees. We call that our "boil banter." By being able to use different platforms and those different channels, everyone kind of got better at it.

As the business grows, how are you figuring out whom to franchise with?

I think the biggest thing in corporate or franchise expansion is finding the right people to be those ambassadors for the Outer Banks Boil Company brand. We often jokingly say, "Can you have a beer with anyone?" There's much more to the job than just cooking the food. It's connecting with people and making them want to come back.

What Makes These 9 Emerging and Thriving Franchises Unique?