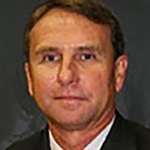 Playing basketball at Mississippi State and Charleston Southern University, Bud Childers earned Academic All American as a collegiate player, among other honors. Bud coached basketball for thirty plus seasons, amassing 487 wins during his career, becoming the only coach ever to take seven different schools to post-season play, coaching nine players who went onto play professionally and graduating 99 percent of his players. Today, Bud leads The Childers Group, which currently operates a Sport Clips Haircuts store in the Charleston area with two more stores slated to open in the near future.

For this Sport Clips Haircuts franchisee, coaching a basketball team and running a franchise are more similar than you'd think.