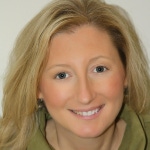 Kim Kavin was an editorial staffer at newspapers and magazines for a decade before going full-time freelance in 2003. She has written for The Washington Post, NBC’s Think, The Hill and more about the need to protect independent contractor careers. She co-founded the grassroots, nonpartisan, self-funded group Fight For Freelancers.

Canadian brand Maple Bear had been eyeing expansion to the U.S. for a while, but changing demographics during the pandemic finally made the time right.

Kathy Davis knows the meaning of rolling with the punches.

These People Signed Up to Be a Brand's First-Ever Franchisee. How Did That Go?

Being a brand's test case requires a leap of faith. Here's why some entrepreneurs are willing, and even standing in line, to go first.

5 Trends All Franchises and Franchisees Should Be Following

The franchise industry is shifting. Here's how to stay ahead of the curve in 2022.

From added incentives to expanded virtual training, franchises want to give people more agency and flexibility on the path to financial freedom.

Here's Why Chicken Franchises Are Booming