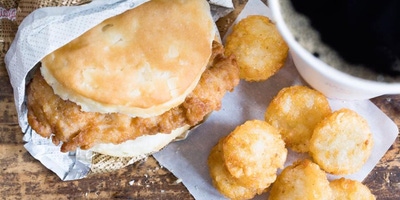 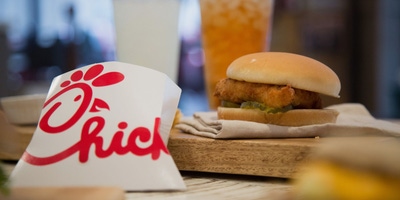 Chick-fil-A Makes More Per Restaurant Than McDonald's, Starbucks and Subway Combined … and It's Closed on Sundays 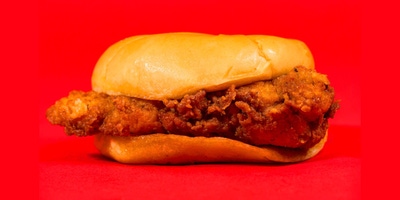 Chick-fil-A Is the Most Beloved Fast-Food Chain in America, According to a Brand Intimacy Survey

Why the 'A' in Chick-fil-A Is Capitalized

The chicken chain's founder, Truett Cathy, decided to close all locations on Sundays because of his Christian faith.

Chick-fil-A Is Now the 3rd-Largest Restaurant Chain in America, and McDonald's and Starbucks Should be Terrified

Chick-fil-A moved up from the No. 7 spot on last year's Top 200 ranking, passing Wendy's, Burger King, Taco Bell and Subway.

7 Fast-Food Franchises Had More Sales Than Chick-fil-A Last Year. Can You Name Them?

These seven restaurants totaled nearly $100 billion in U.S. sales in 2017.

Reactions on social media are mixed.

On Oct. 3, New Yorkers' cravings for the chicken chain will finally be satisfied.

The Secret Menu Items at Your Favorite Restaurant Chains

Here's what you should be ordering that isn't on the menu at Chipotle, Starbucks and Taco Bell.

A new reports reveals that, as a whole, customers' appreciation for fast food is dwindling.

Is the fast-casual-influenced Super Chix a Chick-fil-A knockoff or a serious contender?

The Southern chain is set to open the first of 'many' locations in the Big Apple.

In a dark twist, the longtime owner of Dell's Maraschino Cherries committed suicide after police reportedly uncovered a marijuana-growing operation hidden underneath the factory.

A kale-loving solopreneur triumphed over the famous chicken chain, who's slogan is 'Eat Mor Chikin.'